Why China is Gearing up a Consumption Boom During Labour Day 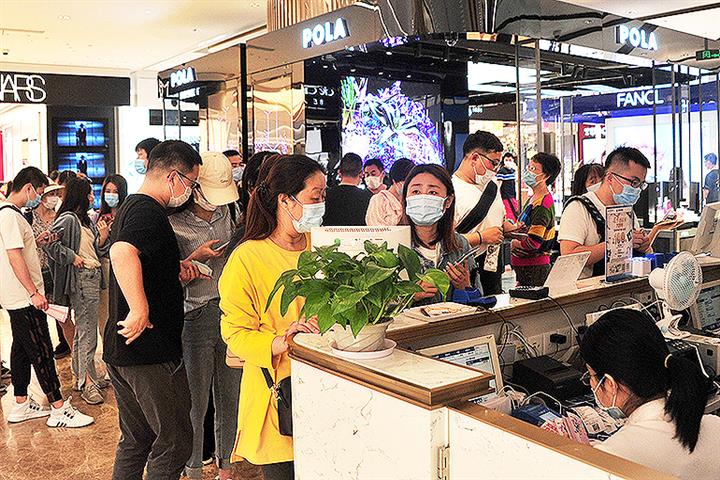 Why China is Gearing up a Consumption Boom During Labour Day

(Yicai Global) April 30 -- At the beginning of May China will commence a five-day Labour Day Holiday, an annual festival worldwide to celebrate the achievement of workers. The Holiday comes amid a drive to boost China’s consumption, an integral aspect of economic recovery and growth, amid a Chinese New Year in February which was disrupted by a lack of travel and cautiousness owing to the covid-19. Local authorities are aiming to make up for the lost ground by encouraging retail during this extended period, including a goods expo in the island of Hainan. Major cities such as Beijing, Shanghai and Chongqing are also coordinating a vast sales period, alongside E-commerce retailers.

Consumption has long been singled out as one of the most important components of China’s economic growth and development, that is the ability for people to buy, spend and consume goods of various kinds. The country has long been aiming to transition from being purely a manufacturing economy, to one whereby manufacturing and consumption compliment and feed into each other attaining a perpetuation of growth, a process what China has described as “dual circulation”. With 1.4 billion people, China already boasts the world’s largest domestic consumer market one which has not yet grew to its full potential, showing the opportunities ahead for such sectors.

But why now on Labour Day? Although China’s economy has rebounded following the impact of the covid-19 pandemic year ago, such as in exports and industrial profits, the rate of consumption is yet to recover completely due to public hesitancy associated with the various and a minimisation of social and commercial activities. Even if the virus is controlled in China, potential outbreaks subsequently create risks which lead people to be conservative in their activities. This has inevitable economic consequences. This has been confounded by the fact that travel was sharply reduced during the Chinese New Year as small outbreaks in Hubei province were being dealt with.

As a result, there needs to be an effort to kickstart consumption again and rekindle public confidence as China’s has administered over 253 million doses of COVID19 vaccines nationwide. The state is therefore coordinating a consumption spree during the Labour Day to retake lost ground and support retail. China might be able to manufacture and export in bulk loads again as the world recovers, but what about its own shops and restaurants? What good is it if people are still hesitant to spend money?

The Role of Hainan Island

Pivotal to China’s consumption development and this specific holiday is Hainan island, located to the very South of the Country. Over the past few years, the government have been initiating special measures in order to transform the island into a tourist and consumption resort, building a new form of economy on Hainan distinct from the mainland. The island is to firstly become China’s only “free trade port”- a category of free trade zone differing from other areas on the mainland, which will be completed in 2025.

This makes it the largest free trade area in all China. The island is to be given lower income tax than the mainland, reduced corporate tax, no import duties, and relaxed visa requirements for foreign visitors. In gearing up these plans, China is promoting domestic tourism to the island and encouraging consumption there accordingly, including through the aforementioned goods expo. Numerous luxury brands are already consolidating their presence on the island, all of which are part of developing China’s future consumer and tourism driven economy.

In conclusion, with Consumption being a keystone of China’s future economic growth the government are strategizing the expansion of this sector to overcome the impact of the covid-19 on consumer confidence and to reinvigorate the expansion of retail and tourist business in China. This is not just a country where people make things and sell them to others, this is a country where people ultimately spend too and such a premise represents ample opportunity for the world’s leading brands and goods, who continue to consolidate China as the pinnacle of their international marketing and strategies. Hainan island is set to be a big part of it.