China Should Increase Money Supply to Get Economy Out of Doldrums, Academic Says 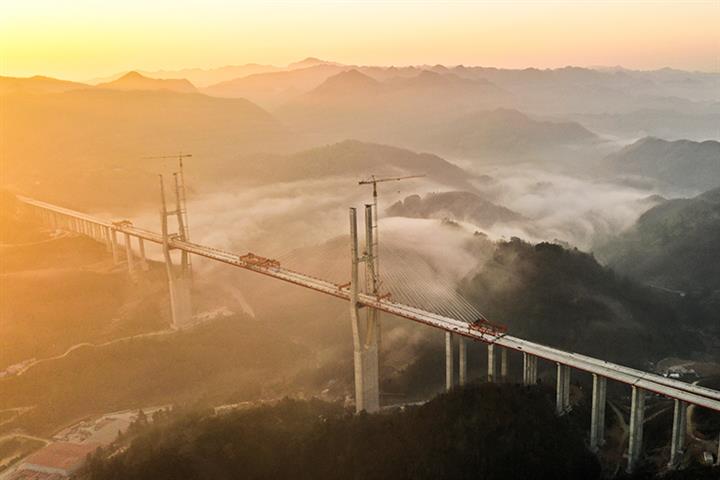 China Should Increase Money Supply to Get Economy Out of Doldrums, Academic Says

(Yicai Global) Jan. 26 -- China should adopt a more expansionary fiscal and monetary policy, such as further tax cuts and rebates as well as increased government spending, to achieve the highest possible economic growth, according to a member of the Chinese Academy of Social Sciences.

So long as inflation is not out of control and there is not a serious degree of financial vulnerability, China should look at increasing the money supply in the economy, Yu Yongding said.

China’s gross domestic product growth rate has been on the decline since 2010 and is now below its “potential economic growth rate.” Although the economy expanded 8.1 percent last year, given the low base rate in 2020, the real growth rate in 2021 was lower than the 6 percent in 2019.

For some time now, the Chinese economy has been in a state of low inflation or even deflation. For example, the producer price index, a gauge of factory profitability, was not high in the first two quarters of last year. And the average consumer price index, a measure of inflation, has remained below 2 percent for the past decade. The latest figures show that while the CPI remains low, the PPI has started to fall.

The absence of inflation, and the possible presence of deflation, suggests that China still has relatively large policy space and that the rate of economic growth can be further increased. If the economy is in the doldrums, it will be very difficult to promote structural reforms, technological innovation and common prosperity.

To hike infrastructure investment, China must solve difficulties in financing. Issuing treasury bonds is the only way for China to resolve the current economic difficulties.

The government does not need to be overly concerned that the fiscal deficit should not exceed 3 percent. There is no solid theoretical basis for the 3 percent threshold. Experience has shown that the most effective way to cut the deficit is to increase economic growth, which requires raising the fiscal deficit in the short term. This has been illustrated by Japan’s failed fiscal austerity in 1996 and 1997 and China’s successful fiscal expansion in the late 1990s and early 2000s.

However, the implementation of an expansionary fiscal and monetary policy is subject to certain conditions. First, there must be sufficient projects lined up, otherwise projects may not be found. Second, local governments need to be prepared otherwise it will be difficult for them to organize large-scale infrastructure investment. With the lessons learned in 2008, we cannot be too hasty.

There are many reasons to be optimistic about China’s growth prospects this year.

Yu YongdingMember of the Chinese Academy of Social Sciences
China Should Increase Money Supply to Get Economy Out of Doldrums, Academic Says