Cooling Down the Housing Market in China 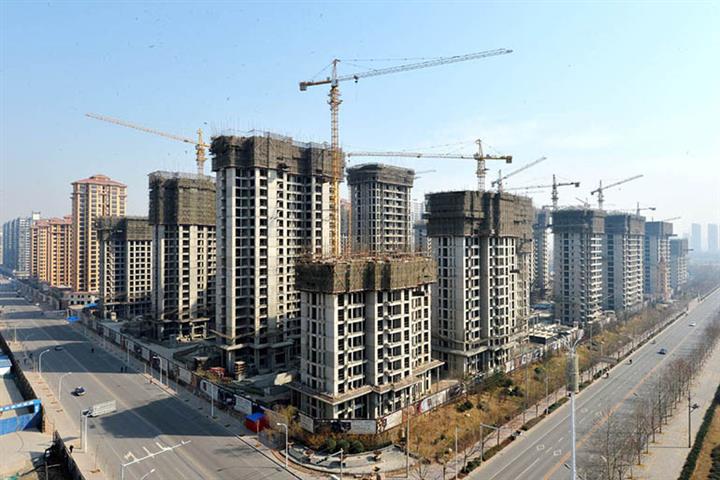 Cooling Down the Housing Market in China

(Yicai Global) July 20 -- China’s housing market is booming again. Not only has the market emerged in 2020 from the COVID-19 pandemic largely unscathed, but it has also started to show overheating signs in several cities this year.

Supported by resilient demand, housing prices have registered moderate growth. On average, prices of new and resale apartments in 70 large and medium-sized cities rose by 4.9 percent and 2.4 percent, respectively.

Considering the magnitude of the COVID-19 shock to the economy, the performance of the housing market last year was remarkable.

Going into 2021, the housing market continues to gain momentum. In the first five months, housing sales by floor space reached 663.8 million square meters, up by about 20 percent compared to the same period in 2019. It was the highest growth since 2016.

While the marked acceleration in housing sales was underpinned by strong demand from first time home buyers and upgraders, it was also stimulated by developers’ efforts to expedite their recycling of cash flows to adjust to the new policy environment.

Starting in 2020, the Chinese government has ramped up its efforts to mitigate potential financial risks in the real estate sector. In September, the government rolled out the “three red lines” policy to put a cap on developers’ financial leverage and curb debt growth. Three months later, financial regulators released a guideline on concentration limits of real estate loans, setting numerical limits on the proportion of loans that are allowed for real estate development as well as household mortgages.

Notwithstanding the above measures, housing prices have continued to edge up alongside rapid housing sales. More cities have witnessed an acceleration in housing price appreciation. As of May 2021, prices of resale apartments in one third of the 70 cities went up by more than 5 percent, while about half of these cities witnessed the price of new apartments rising at a similar pace. The price increase was more acute in first-tier cities and core second-tier cities, some of which saw housing prices rising by more than 10 percent.

The rapid rise in housing prices in several cities has heightened concerns of overheating and prompted the government to tighten measures to stabilize the market. Cities experiencing strong price appreciation have raised qualifications for housing purchase, increased the scrutiny of new projects, and stepped up their efforts to weed out irregular market behaviors and speculations. Banks in these cities have started to raise mortgage rates and lengthen the loan approval period. At the same time, financial regulators have also investigated irregularities in banks’ loan extension to close the loopholes.

The latest set of tightening measures are expected to cool off the housing market, but the effects will likely be more subtle than before. First, the current policy tightening is more targeted and city-centric instead of a blanket tightening, which allows for more flexibility than before. Second, although more developers are trying to meet the new regulatory requirements, it will take more time for a number of the remaining ones to catch up. This group of developers will likely continue with their aggressive sales in the meantime. Last but not least, since the housing sector is one of the pillars supporting the strong recovery, policymakers will be mindful of any substantial adverse impact from this sector on economic growth.

While housing price growth is likely to moderate from the current up-cycle stage on the back of these tightening measures, the root causes of price pressure need to be further addressed by longer term solutions. As urbanization continues and the local governments relax Hukou registration requirements in large cities, demand will outstrip supply, and a structural shortage will likely persist, particularly in core cities. Faster developments of public housing and rental housing would help close the gap between demand and supply. Providing public services, including education and healthcare, across regions and cities, and for different types of houses, in a more equitable manner will also be essential.

To conclude, mitigating financial risks through the deployment of short term measures continues to be important. It will help afford more time for longer term solutions to be tried out in certain cities before the more effective ones are identified and adopted widely.

Zhiwen JiaoZhiwen Jiao is an economist at the ASEAN+3 Macroeconomic Research Office (AMRO), an international organization based in Singapore with the mandate of contributing to macroeconomic and financial stability in the ASEAN+3 region. At AMRO, Jiao is involved in macroeconomic surveillance for China, Myanmar, and the Philippines. Jiao graduated from Beijing Normal University with a Ph.D. in Economics.
Cooling Down the Housing Market in China