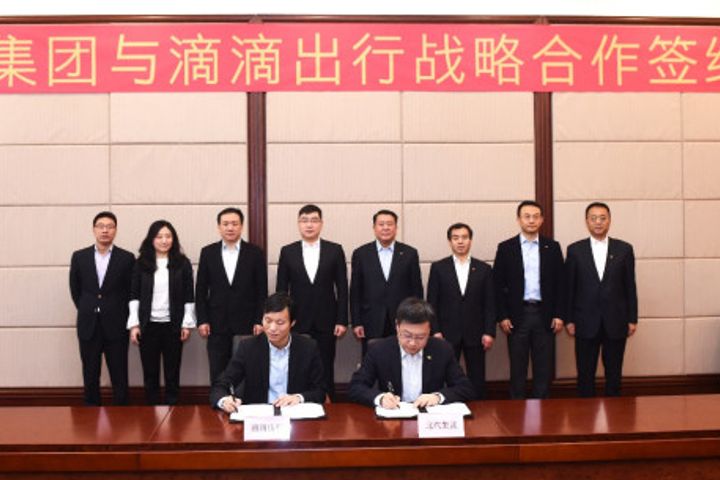 The pair will exploit their strengths in Big Data, travel services and battery charging to operate an NEV-sharing platform as part of Didi's grand plans to promote new-energy vehicles, Beijing News reported.

"Electric vehicles will play a core role in car-sharing," said Chang Wei, Didi's chief executive. "Didi is willing to speed up development for supporting services to back the development of new-energy vehicles. We hope to build up an intelligent ride-sharing ecosystem with carmakers to integrate the internet and intelligent vehicles and upgrade the auto industry."

Didi's grander plans are to help many automakers better operate car services on a large scale and enter additional segments to popularize NEVs and further green technology development. It founded a car-sharing platform with 12 automakers, including the Renault-Nissan-Mitsubishi Alliance, last month, and integrated the service within its existing ride-hailing app. Carmakers are also able to offer financing and insurance through the platform.

The Chinese car-sharing market will boom over the next few years, with annual orders surging to as much as 700 million from about 20 million now, Didi said when unveiling the platform, adding that the value of the sector will soar to almost CNY24 billion (USD3.8 billion) from CNY700 million.

The 12 carmakers already on board with Didi's new platform are