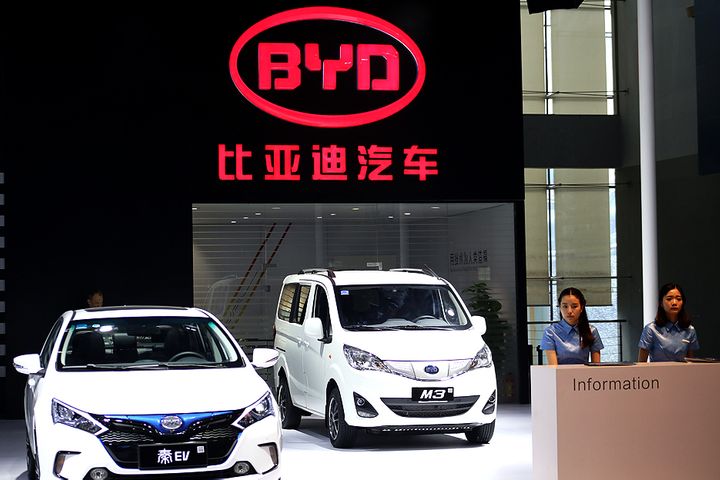 (Yicai Global) April 1 -- BYD's shares slumped after the Chinese electric automaker backed by Warren Buffett reported a 42 percent decline in annual profit due to a scaling back of state subsidies for new energy vehicles in China.

Net profit at China's biggest NEV maker was CNY1.6 billion (USD225.7 million) in the year ended Dec. 31, after more than tripling in the first half, the Shenzhen-based company said in an earnings report yesterday. The main reasons behind the sudden downturn was a reduction in state subsidies and higher research and development costs, it said.

Vehicle demand was weaker than expected last year due to lower government support, as well as the macroeconomic situation, an insider at BYD told Yicai Global earlier.

Early in 2019, the government said that from March 26 subsidies for NEVs would be halved from a year earlier. That pushed NEV sales into a steep decline for the first time in nearly a decade. But the government announced yesterday an extension to its NEV purchase subsidy and purchase tax exemption policy by two years, to the end of 2022, to help producers lower operating and cost pressures.

Other problems still loom on the horizon. The Covid-19 outbreak has caused increased downside risks in the global economy so the 2020 outlook is more uncertain, BYD said in the earnings report.

Competition among carmakers has also intensified along with the entry of fresh rivals such as Nio and Xpeng Motors. More than 50 firms launched over 130 new NEV models last year, according to data compiled by Yicai Global.