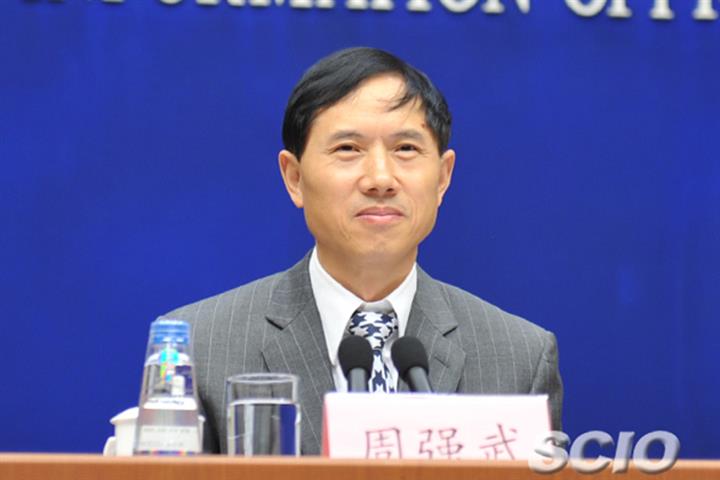 (Yicai Global) July 7 -- A senior official from China’s Ministry of Finance has become one of four vice presidents of the New Development Bank, a multilateral development bank set up by the BRICS states to make constructive contributions to infrastructure investment and sustainable development.

Zhou Qiangwu, who has served at the ministry since 1996, replaces Zhu Xian who left the bank to take up a position at the International Finance Forum. He will also serve as the bank’s chief administrative officer, the Shanghai-based lender said today.

The New Development Bank has four VPs, one from each of the founding countries Brazil, Russia, India, China and South Africa. The current president is Brazil’s Marcos Troyjo, former deputy economy minister and special secretary for foreign trade and international affairs.

Zhou joined the MOF straight after graduating from Peking University. He has held a number of high profile positions at the ministry including director general of its International Economics and Finance Institute and deputy director of its Asia-Pacific Finance and Development Center. Zhou served on the Permanent Mission of the People's Republic of China to the United Nations from 1999 to 2002 and in the office of the executive director of China to the World Bank from 2008 to 2011.

The New Development Bank, in which each founding country holds 20 percent voting rights, has approved nearly USD30 billion loans since its establishment in July 2015, for projects in fields including clean energy, smart cities as well as water and sanitation facilities.