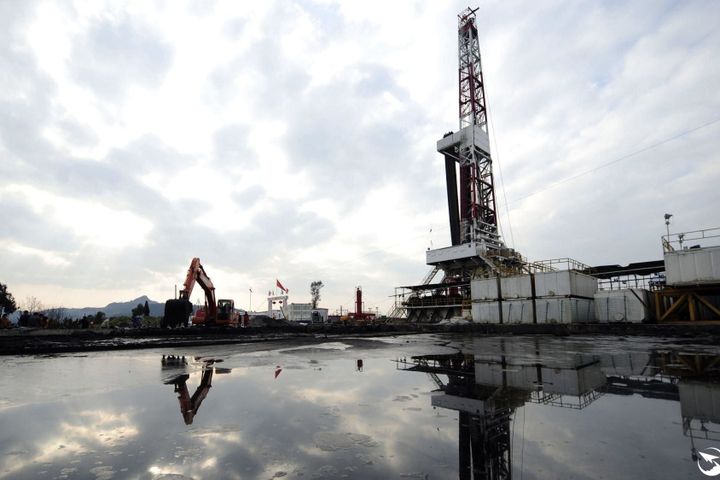 (Yicai Global) Aug. 16 -- China's shale gas production reached 7.882 billion cubic meters last year, ranking third in the world, only second to USA and Canada. China has made substantial progress in the exploration and development of unconventional oil & gas in the past five years, and shale gas and coal seam gas entered the stage of industrialization and commercialized production, said Yu Haifeng, head of geological exploration division of ministry of land and resources.

"We have mastered the geophysical technique, well completion technology and fracturing transformation technology for shale gas and are able to drill wells and achieve segmented fracturing transformation with shallow horizontal well at the depth of 3,500 meters, even at 4,000 meters in some places," Yu said. Shale gas exploration and development technology systems suitable for geological conditions of China have been initially developed, he added.

Yu Haifeng also disclosed that 10 oil fields of the 100 million tons class and 13 gas fields of the 100 billion cubic meters class were verified in China in the past five years. The oil and gas exploration maintained a sound momentum of development.

Some 1.042 billion tons of crude oil was produced in China in the past five years, with an annual output of 208 million tons, Yu said, adding that substantial progress was made in low permeability oil production, tertiary oil recovery and viscous oil development. About 596 billion cubic meters of natural gas were produced in the past years, with an annual output of 119.2 billion cubic meters, lifting its ranking from 18 to 6.