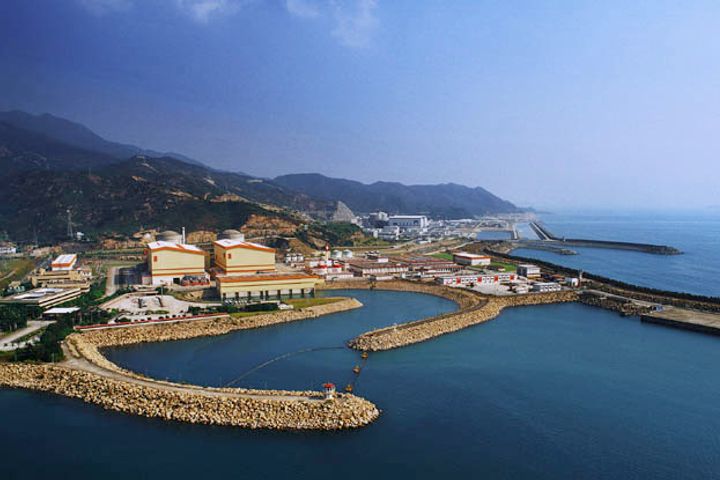 (Yicai Global) Oct. 22 -- China has evolved from playing a layman in the nuclear power sector to becoming a technology exporter in the 40 years since the country embarked on reform and opening-up.

Deng Xiaoping, China's paramount leader from 1978 to 1989, met with the French Minister of Foreign Trade on Dec. 4, 1978 to preside over a long-term agreement on developing economic relations and cooperation. Deng committed to purchasing two nuclear power units from France following the meeting.

This marked the first time that Deng had proposed the introduction of foreign advanced technology, equipment and funds in the early days of China's reform and opening-up. The two nuclear power units became the starting point of the Daya Bay Nuclear Power Plant in Shenzhen in southern Guangdong province.

"This is a great thing."

Quanguo Wang, the then secretary of the Guangdong Provincial Party Committee and executive deputy governor of Guangdong province, accompanied China's then Vice-Premier Mu Gu on a visit to Western Europe in 1978. The delegation went to a nuclear power in France. Wang used described the experience as 'eyes-opening, stimulating' many years later.

Wang came up with the idea of 'building nuclear power plants in Guangdong following the visit, to crack the power shortage in the province. Deng finally rubberstamped the project at the end of 1978.

However, there were problems in terms of funds, technology, equipment, professionals, experience among others.

Among which capital was the biggest roadblock. Around USD4 billion was needed for construction of the above-mentioned two units, a sum bigger than the country's total national foreign exchange reserves at the time.

Facing these challenges, an insider from the US International Nuclear Energy visited Guangzhou in May 1979 and offered a breakthrough proposal to build a nuclear power plant in Guangdong province and sell part of the electricity to Hong Kong to obtain foreign currency, which could then be used to repay debts owed for the construction.

The proposal was seen as a key way to solve the capital problems of nuclear power plant construction facing the country.

Guangdong and Hong Kong started to jointly build the Daya Bay Nuclear Power Plant in 1979. At that time many people in China were still arguing over 'capitalism or socialism', so the project attracted much attention.

Before the construction of Daya Bay, major projects in China were all invested by the government, which meant that the project represented a new mode of major project investment for the country.

'It was common for other countries to borrow money for project construction, but for China this was the first time," Jilong Pu, former director of the Daya Bay Nuclear Power Plant, told Yicai Global. "The government then felt that the risk was too high, what would they do if the USD4 billion could not be repaid?"

However, Deng pushed on with the project.

Guangdong Nuclear Power Joint Venture was unveiled in February 1985, representing China's largest joint venture in the early days of reform and opening-up. The completion of Daya Bay Nuclear Power Plant was undoubtedly a pioneering undertaking at that time.

However, safety fears surrounding nuclear power arose in Hong Kong after the Chernobyl disaster in 1986, despite the construction preparations going smoothly.

"The situation at that time was very tense," Deng Zhiqiang, senior director of nuclear power at CLP Power, said during an interview with Yicai Global in Hong Kong. "Many people took to the street and some people were highly skeptical if China was capable of managing a project on the magnitude of a nuclear power plant."

Plans for the plant faced the possibility of cancellation due to the major anti-nuclear campaign. Wang Qunguo, president of Guangdong Nuclear Power Joint Venture, communicated with leaders of the State Council on July. 6, expressing his firm support for the construction of the plant.

Four days later, Deng also voiced his support for the plant and said plans hadn't changed. The central government was fully aware of the safety issues associated with nuclear power plants. On July 11,

The first unit of the plant was put into commercial operation in Feb. 1992 after seven years of construction, marking a new page for the development of commercial nuclear power in China.

Three-quarters of the power generated went to Hong Kong, and the remainder serving China's mainland. Foreign currencies accounted for the majority of sales revenue, and prices were also competitive, which boosted the repayment of foreign debts. The supporting pumped-storage power station located in Conghua, Guangdong, greatly increased output during peak periods. The station always ran safely and efficiently, which ensured the positive development of the enterprise.

The power plant reached annual profits of CNY5 billion between 1987 and 2004, China General Nuclear Power Corporation told Yicai Global, which not only paid off all the principal and interest of foreign debt at some USD5.3 billion in total on time but also earned a considerable profit for domestic and foreign shareholders.

Consisting of six million-kilowatt units in the Daya Bay Nuclear Power Plant and the Lingao Nuclear Power Station (phase one and two), the plant is currently the largest nuclear reactor globally that uses light water coolant and neutron moderator. Since the first unit was put into commercial operation in 1994, the reactor has constantly maintained safe operations, and its performance is superior to that of international peers.

The World Association of Nuclear Operators is an important body for measuring the level of nuclear safety at power plants. Among the 72 indicators of six power units released by WANO last year, 61 of which entered the world's top quarter with an advance rate of 84.7%. Some 53 indicators among the 61 entered the world's top ten percent with an excellence rate of 73.6%, marking its best results since the six units came into operation.

Both nuclear power generation sets and nuclear-related experts from France were introduced during the construction of the Daya Bay plant due to a lack of experience and local talent. Wang held the opinion that the aim of inviting foreign experts was to guide and teach Chinese staff so that they could master the management and operation of the nuclear power plant as soon as possible.

The nuclear power plant was once home to the most foreigners in all of Shenzhen at 2,000 largest number of which reached over 2,000. Foreign experts were responsible for most of the jobs that were related to engineering and technology. An expert village was specially constructed to settle the foreign experts and allay their concerns so that they could keep their focus on work. With beautiful surroundings, good living conditions and facilities with wide coverage in almost every aspect of daily life, including supermarkets, western restaurants, sports centers and even an international kindergarten, Yicai Global's reporter learned from the village's administration.

The French way of management surprised Pu, "Many staff imagined the construction site to be noisy and crowded," he recalled to Yicai Global, adding "It was totally not the same when we actually arrived and on the contrary, the French experts walked around in a leisurely manner."

"French experts were angry about Chinese staff dining on site and working there all day long just to speed up the working process and demanded that they should leave onsite dining as it would lead to rats, which could delay the construction."

This approach impressed Pu. "Chinese staff learned to systematically think and arrange their management during their cooperation with the French," he said. "The Chinese were always very keen on coming up with ideas. The Chinese were usually able to gain an understanding of the nature and the core of key matters but what if they had got it wrong from the start?"

The development of systematic methodology required comprehensive analysis and consideration and they may have been slow on the uptake but did not go in the wrong direction, he added.

China has sent three teams to France and the UK successively since 1989 according to a training contract with French utility EDF to learn more from international peers and as part of efforts to cultivate talent related to nuclear power. The training lasted for one year on average and the related fee per capita reached FRF1.3 million, which was about USD260,000 calculated according to the exchange rate at that time. This was equal to the body weight of a grown person in gold. So these trainees were known as "golden men" afterward.

Most of the "golden men" have now grown into key figures in the Chinese nuclear power sector, and include Hu Yu, the chairman of China General Nuclear Power Group and its general manager, Zhang Shanming as well as Zheng Dongshan, who is the general manager of the company's unit in the UK.

The company's nuclear power plant model can be set up almost anywhere and has been transformed into an export product thanks to a management team with so many high-level talents.

China, UK and France struck a package deal in London in September 2016 to set up a new nuclear power project in the UK. The deal specified that CGN would invest by taking a stake of Hinkley Point C nuclear power station and Sizewell C and it would also control Bradwell B through investment and gain more than half of its total equity. Hinkley Point C will use enterprise resource planning while Bradwell B will adopt Hualong One's technical planning. This is also the first time that China's independent nuclear power technology has entered the market in a developed country.

"It is a historic breakthrough for our nuclear power technologies to leave China and go global." He Yu told Yicai Global, adding that "experts from the UK and France jointly taught us during the construction of Daya Bay Nuclear Power Plant when we had to import bricks, cement and even telephone lines,"

"We have grown to become an exporter of nuclear power technologies and facilities from the layman we used to be."

The value of exporting one Hualong One nuclear power plant equals to that of exporting 200 medium-sized commercial airliners, which will promote the exports of more than 5,400 enterprises in China's equipment manufacturing sector, He explained.

He also told Yicai Global that there will be market space for more than 50 newly constructed nuclear power units in other parts of the world apart from China before 2025 in accordance with projections from the International Energy Agency, which provides good opportunities for Chinese enterprises to enter the global market.

CGN will seize the strategic opportunities in the international energy market and actively establish a layout in Eastern Europe, Southeast Asia, Southwest Asia, Africa and other target markets with the help of the Belt and Road Initiative, sparing no effort in promoting the export of Chinese nuclear power, He said.