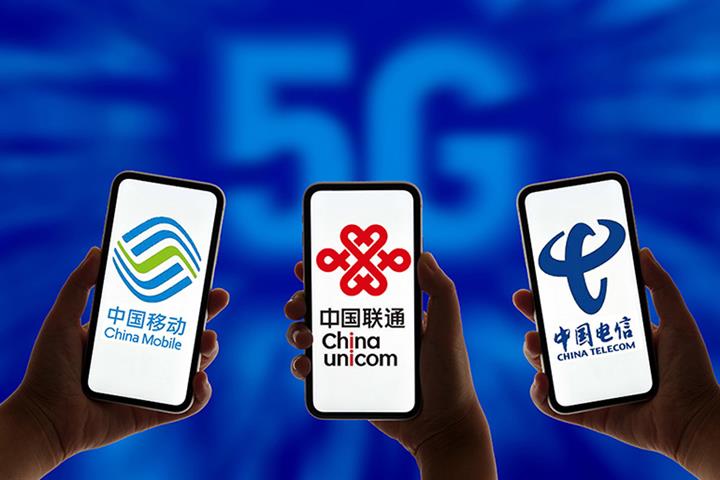 (Yicai Global) June 8 -- China will have built more than 600,000 fifth-generation wireless network communications technology base stations covering cities above the prefecture level by the end of this year, the country's Ministry of Industry and Information Technology announced yesterday.

Major telecoms also released their commercial plans for the next stage at the first-year 5G Licensing First Anniversary Online Summit, which took the form of a conference call.

China Mobile, the globe's largest mobile operator by subscriber counts, had brought in over 55 million 5G package users as of the end of last month and plans to raise that tally to 100 million this year, the company said. China Unicom and China Telecom have all recently lowered their fifth-generation wireless network fees for individuals, according to offers on their websites.

China Mobile dropped its 5G fee to CNY99 (USD14) from CNY139 (USD19.60) per month. China Unicom is offering a 30 percent discount for its 5G service, to CNY139 from CNY199 per month. China Telecom subscribers can get a CNY103 monthly fee if they promise to use the service for 24 months and deposit CNY100.

Some 50 million people had already subscribed for a 5G package, Huang Libin, the spokesperson for China’s Ministry of Industry and Information Technology, said at an April 23 press conference.