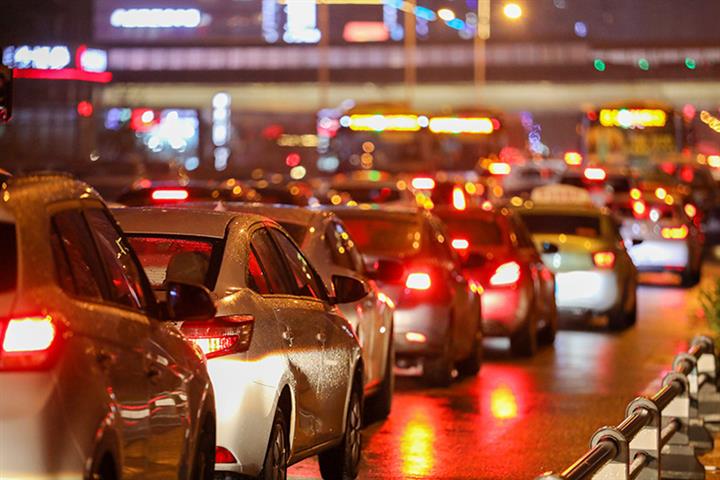 (Yicai Global) Dec. 14 -- “There is no doubt that China will have the most vehicles in the world by the end of this year,” Fu Bingfeng, executive vice chairman and secretary-general of the China Association of Automobile Manufacturers, said at an industry forum in Shanghai yesterday. The country has 275 million autos now, roughly equal to the US.

China’s annual vehicle sales volume is expected to top 30 million units this year based on sales from September to last month, he said. Its auto ownership may rise to 300 or even 350 per 1,000 population.

China sold 2.77 million automobiles last month, per data the CAAM released last week. Despite the great impact from the Covid-19 pandemic at the start of the year, the country’s vehicle sales reached 22.47 million units in the first 11 months, with 1.109 million new energy vehicles moved.

“It’s time for the NEV sector to explode,” Shen Hui, founder of WM Motor, told Yicai Global at the forum, adding the zero-emission vehicle era has arrived and China’s NEVs account for 44 percent of the world’s total.

The government will completely drop subsidies for NEVs in two to three years, but consumption is still rising in tandem with growing market awareness. Consumers also now have a greater diversity of choice with the emergence of more categories, Fu told Yicai Global.

Government incentives are no longer the prime inducement for NEV purchases. The swift setup of charging piles and fifth-generation wireless networks has allayed initial concerns over a lack of supporting facilities and instilled the confidence to buy, Shen said, adding this has led to a virtuous cycle in the operations of NEV makers as well.

China’s NEV industry chain of batteries, electric controls, motors and compete vehicles is already the strongest in the world, and the number of deliveries and brands are more than those of Europe and the US combined, Shen added.

China’s NEVs will reach a 1.3 million milestone this year, far beyond industry expectations, Bai Hua, an official from the Ministry of Industry and Information Technology, projected last week.