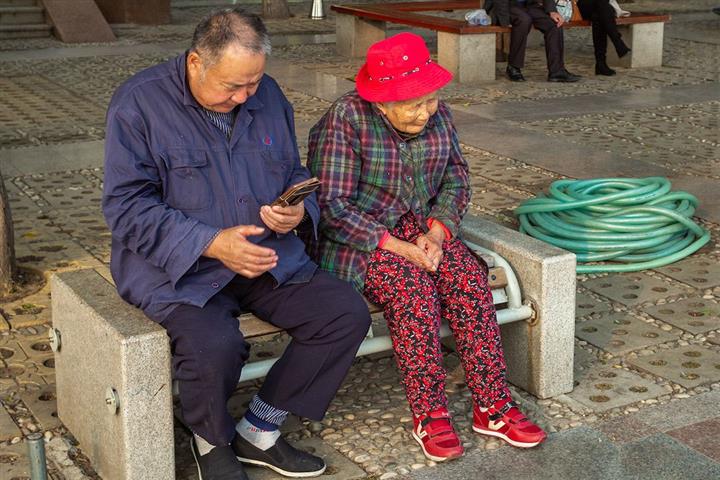 (Yicai Global) Nov. 27 -- A court in Zhejiang province has handed out sentences to a group of criminals that earned CNY7.9 million (USD1.2 million) in illegal gains by planting malware, or software that is specifically designed to gain unauthorized access to a computer system, in the phones of unsuspecting elderly people to intercept security codes and sell them.

The gang of 70 planted their devices in the motherboards of 3.3 million smartphones specially designed for the elderly that come with larger fonts and louder volumes, the Zhejiang Procuratorate said yesterday. In this way they were able to take advantage of senior citizens’ lack of tech savvy and use their phone numbers, which are linked to an individual’s ID in China, to reap profits on the web.

Most internet platforms require new users to register their details and will send a verification code to the mobile phone number registered. The gang would harvest the codes sent by platforms and sell this data to others. The ‘new members’ could then cash in the vouchers or virtual cash offered by the websites as an incentive to get more people to join up. Others made money by click-farming using accounts registered with the old people’s phone numbers. Some could earn as much as CNY10,000 (USD1,519) a month this way.