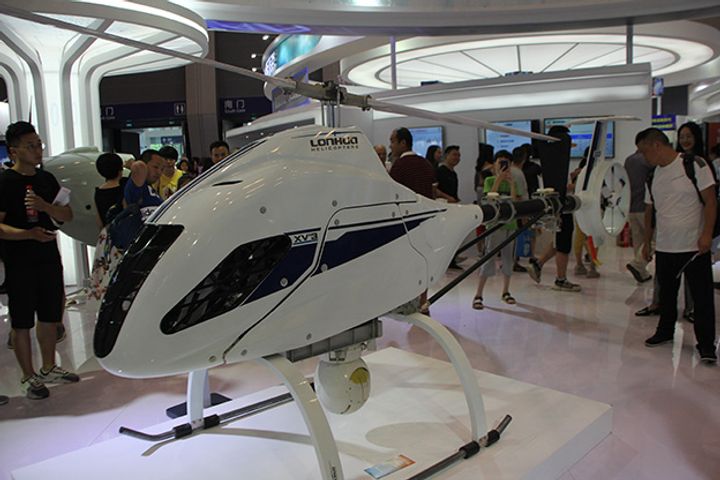 (Yicai Global) Sept. 17 -- Chinese aviation firm Zhuhai Longhua Helicopter Technology has successfully put its unmanned military helicopters to the test as it looks to expand its boot print in the defense sector.

The Zhuhai-based firm completed air-to-surface missile tests with its XV-3 model in northwestern China, its parent Loncin Motor said in a statement on Sept. 14. The choppers remained steady while launching the missiles and met expectations, it added, without revealing technical details about the drones.

Longhai Helicopter is a joint venture funded and established by Loncin, Professor Wang Haowen from Tsinghua University's School of Aerospace, and two other companies in 2014. Loncin holds half of the firm, which makes equipment for civil, police and military use.