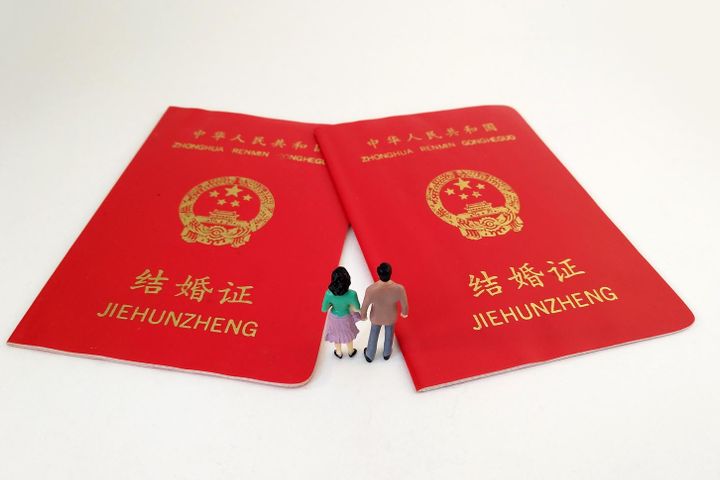 (Yicai Global) Aug. 13 -- The number of marriages fell last year for the fourth consecutive year, showing the largest decline since 2014, affected by population demographics and changes in lifestyles.

New registrations for marriage decreased 7 percent to 10.6 million in 2017, which is one percentage point more than three years before. The number of couples fell 21 percent to 2.8 million from the highest record in 2013.

The decline is explained by the population demographics, which show that the 1980s family planning policy has resulted in 5 million, or one-fifth, fewer newborns in 1998 in comparison to 1987. With less youth, Chinese authorities predict the marriage registration numbers to fall below 10 million next year.

Another reason is the upgrade in women's educational and career prospects, which results in postponing the time chosen for settling down and rearing children.

"Everyone has his or her own reasons for being single. Some may miss the right person for being wayward at a young age and some may just enjoy being single and free. Either choice is our own," said Ms. Zhou, adding that some three out of six of her former female classmates in Wuhan University from 12 years ago are still unmarried.

China's rural population is also moving en masse to the big cities which have more pressures related to careers and higher housing prices that may put off ideas for finding a long-term companion.

The number of divorces increased 5 percent last year to 4.3 million from the year before, which may also erode some youngsters' belief in the marriage institution.