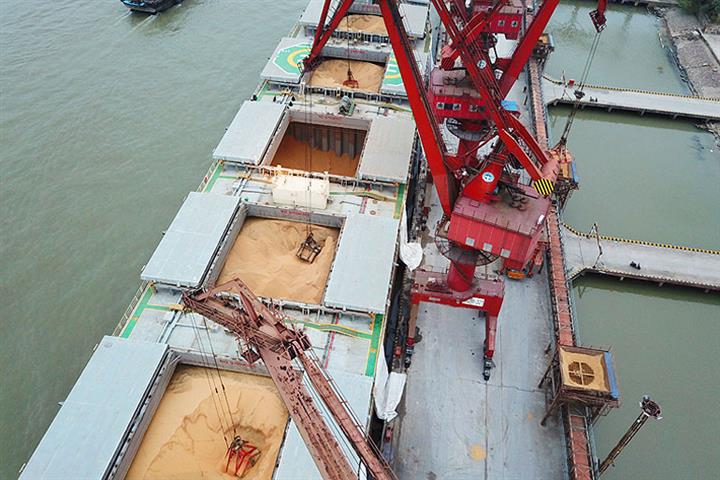 Last year, China imported a record 140 million tons of agricultural products, a jump of 28 percent from the year before, 80 percent of which was used in animal feed, he said. Chinese people’s improved living standards have seen surging demand for proteins such as meat, eggs and milk.

Of this, there were 100 million tons of soybeans, a gain of 11.7 percent year on year. Corn imports more than doubled to 11.3 million tons and wheat imports were up almost one and a half times to 8.38 million tons.

Meanwhile, prices are skyrocketing. In 2020, the price of soybeans increased 37 percent, that of corn 25 percent and that of wheat 11 percent. As a result, it is necessary to reconsider the current dependence on soybeans and corn to feed livestock, Chen said.

If the proportion of soybean meal in fodder drops to 27 percent from the current 30 percent, soybean imports can be reduced by about 14 million tons of soybeans a year, said Xiang Zhonghuai, an academic at the Chinese Academy of Engineering.

Protein makes up 30 percent of the country's feed, but there is a lot of wastage, Chen said. A pig needs to eat 50 kilograms of protein from birth to slaughter, however the conversion rate is less than 30 percent.

Mulberry leaves, which are high in protein, are an alternative, he said. But as yet there is not enough research into how to produce a good mulberry feed for farmers.

Finding more local sources of feed can also help alleviate poverty in rural areas by the creation of new market entities, bringing in investment, providing employment and so on, he said.

Financing can be found by making full use of new technologies such as fintech to control risks and open financing channels to rural areas.

As for land to grow the crops, this can be secured by establishing a regional market to value and price rural land, as well as by optimizing the allocation of resources to prioritize the stability of agricultural land and the local economy.