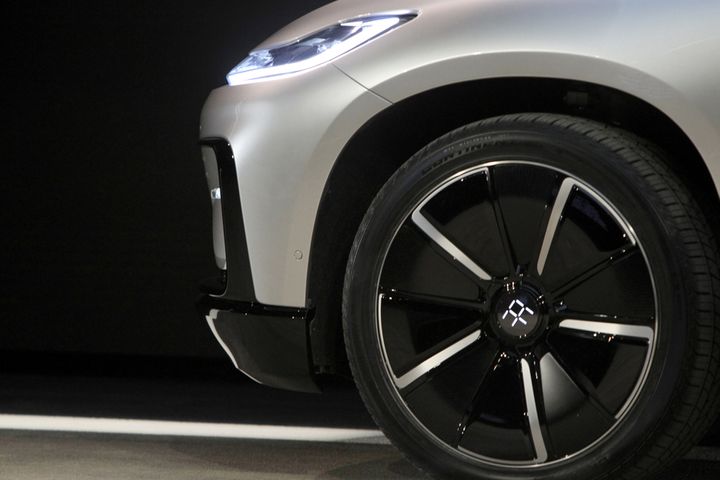 (Yicai Global) June 10 -- Faraday Future, the US electric vehicle startup founded by serial Chinese entrepreneur Jia Yueting, expects to start mass-producing its first electric cars in the middle of next year, according to an executive at the firm.

The automaker's biggest challenge in the run-up to mass production is money, the unidentified executive told the China Times. When visiting Faraday Future's Los Angeles headquarters, the Chinese daily was shown about 10 engineers testing three FF91s. More than 300 employees are at work and about 400 others are on unpaid leave, the source added.

Faraday Future has had financial difficulties since falling out last year with its then white knight investor, real estate developer Evergrande Group. In April, Birch Lake Associates, a boutique merchant bank based in Chicago, offered the carmaker up to USD225 million in bridge financing.

The FF91 will have a range of up to 700 kilometers with 1,050 horsepower, more than a Tesla, the executive said. The car has passed tests that involved extreme conditions. The model will be priced at about USD250,000, he added.

Faraday Future also inked a joint venture deal with The9 in March. The Shanghai-based game operator will provide up to USD600 million for the JV. The9 will use Faraday's China assembly base and the first V9 model is expected to roll out next year.