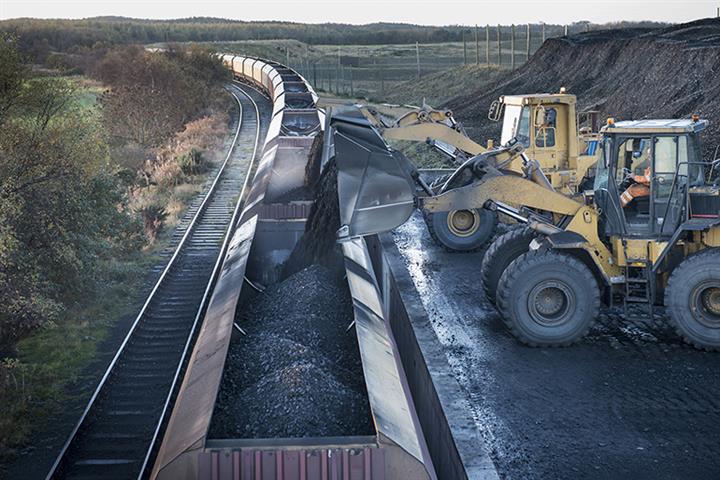 (Yicai Global) Dec. 16 -- Business is brisk in central Henan province, one of China’s biggest coal-producing areas, Yicai Global discovered on a recent visit. A sudden rise in demand has cleared out stock, leaving coal yards standing empty, and the roads are lined with trucks bearing the black gold. The resulting shortage has pushed up prices.

The price of coal has leapt over 42 percent in the last few days. One coal mine in Yuzhou is selling raw coal at CNY500 (USD76.50) a ton, up from CNY350 in November. "Judging from current conditions, coal prices will continue to rise," a manager said.

Soaring prices are making buyers anxious. “This customer paid CNY600 per ton for the coal and is in a hurry to get it before prices go up even further,” a truck driver from neighboring Shandong province told Yicai Global.

"Such a thing was unimaginable just a few months ago," the head of Zhengzhou Coal Industry’s Chaohua mine said. Coal prices have been low in recent years. The mine has not paid its workers since July due to sluggish sales in the first half, he said. Now the miners are all eager to work in anticipation of receiving their overdue salaries before the end of the year, he added.

The hike in the cost of coal is the result of insufficient supply being unable to meet a sudden spike in demand, an executive of Henan Anneng Industry, which mostly sells clean coal, told Yicai Global. Domestic output has been sluggish all year due to the low prices and imports have been cut.

Now that it is winter, and more coal is needed as fuel for heating, demand is surging, he said. Economic recovery in the steel, building materials, chemicals and cement sectors is also driving up purchase volumes.

Customers are sending around 30 trucks a day to Anneng’s mines, each of which can carry 30 tons of coal.

"Credit sales are impossible now," the exec said. "Clients must make a down payment, otherwise there may be no coal left to load when the trucks come."

Over 80 percent of China’s coal is executed in medium and long-term contracts priced at between CNY540 and CNY550 per ton, Meng Wei, spokesperson for the National Development and Reform Commission, said today. Therefore, although prices have risen, coal supplies are still guaranteed through to next spring.