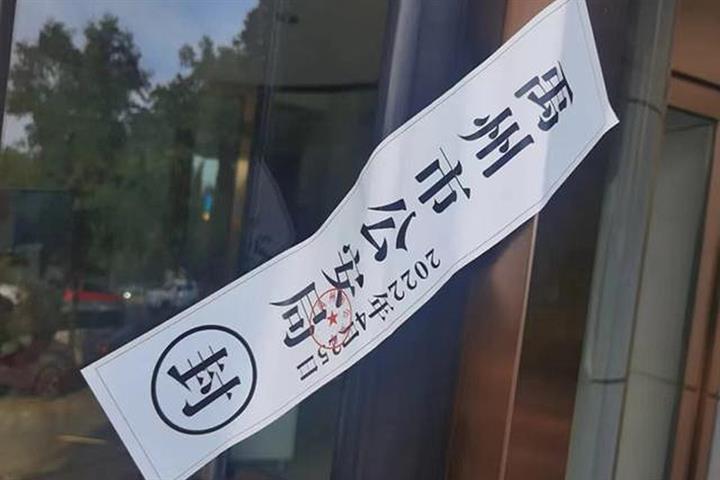 (Yicai Global) June 22 -- Police have started investigating a group led by the actual controller of New Wealth Group which is closely linked to several troubled rural banks whose clients recently reported having erroneous red codes on their Covid-19 tracking programs.

A gang led by Lv Yi, the owner of Henan province-based New Wealth, is suspected of committing severe crimes through rural banks, the municipal security bureau of Xuchang wrote recently on its WeChat account. The bureau had begun the investigation on April 19.

On April 18, depositors of several lenders, including Yuzhou Xin Minsheng Village Bank, Shangcai Huimin Village Bank, Zhecheng Huanghuai Community Bank, and the New Oriental Country Bank of Kaifeng, as well as Anhui province-based Yixian New River Huai Village and Township Bank noticed they were unable to withdraw cash. In early June, the bank clients -- some of whom had arrived in Henan province to withdraw funds -- realized their digital health codes had turned red which would effectively stop them from leaving their houses or entering public spaces.

Lv, who set up hundreds of companies to participate in or control a number of city commercial banks, rural banks, has stakes in the four Henan-based rural banks mentioned above, Yicai Global learned. A financial professional who has had business dealings with Lv told Yicai Global that the businessman was born in 1974 in Henan and is currently a citizen of Cyprus.

Lv made his first fortune through Lanwei Expressway, which started construction in September 2003 from Lankao to Shenqiu in central China. The total investment in the expressway was CNY2.4 billion (USD360 million). The investor's company was granted the right to collect toll fees for 30 years. Lv pledged the right to a bank to borrow money for road construction. He used some of the money to buy equity in financial institutions to pledge the shares while raising more funds.

Although corporate platforms rarely show Lv's name among the four lenders' shareholders, Yicai Global has found traces of him through court documents.

For example, a verdict handed by the Zhengzhou Intermediate People's Court in September 2018 disclosed that Lv had offered more than CNY32 million (USD4.8 million) in bribes and loans to Qiao Jun'an, vice president of Bank of Zhengzhou at the time, to secure a loan. New Wealth had issued a certificate stating that Henan's Aerospace Household Appliances, Zhengzhou's Bo Aosen Electrical Appliances, and many other stakeholders of local banks were controlled by Lv, according to the same source.

Village lenders' shareholder structures can resemble Russian dolls. Xuchang Rural Commercial Bank is the largest shareholder of Yuzhou Xin Minsheng Village Bank with its nearly 21 percent stake in it. Meanwhile, the biggest shareholder of the former is Xuchang Deyitian Agricultural Capital which can be linked to New Wealth.