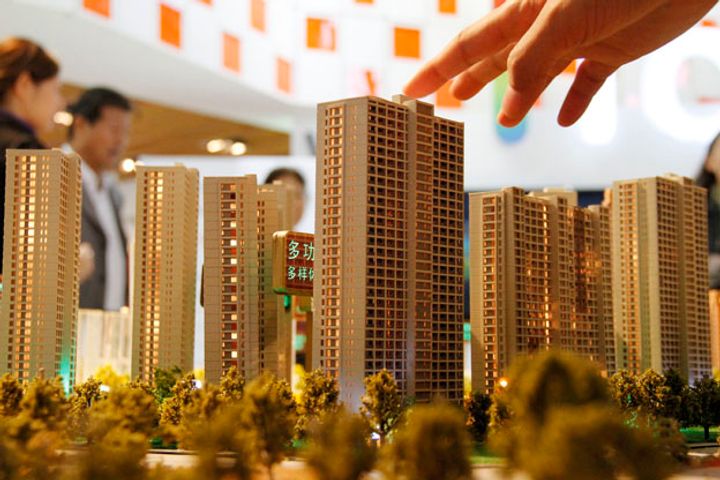 (Yicai Global) Jan. 16 -- Insiders have responded favorably to China's decision to cede its monopoly on residential land supply, believing it will boost land supply and ease the discrepancy between supply and demand.

Land in China either belongs to the state or is collectively owned by rural communities. But this could all be about to change after Jiang's pledge.

For many years, residential properties could only be built on state-owned land parcels the government leased via auction, and rural land could not be sold on the real estate market. However, the new policy could allow farming communities to rent land to companies who can in turn build residential buildings on the plots.

Urban residents will be strictly prohibited from buying land from farmers, Jiang added.

"After the end of the government's monopoly, we'll see substantial increases in the value of collectively-owned land," said Zhang Dawei, chief analyst at Centaline Property, one of the largest real estate agencies in Hong Kong. "The new policy will have a great impact on the rental market and reduce the gap between supply and demand on the housing market".

More non-developers will look to get their hands on rural land, he forecast.

Jiang's statement implies the government will eventually lift the ban on collectively-owned land transactions, added Yan Yuejin, chief researcher officer at E-House China R&D Institute. However, he warned the policy would only apply to the rental market, and the government will not lift restrictions for all property developments at once.

The policy's impact will also be limited to markets in inner suburbs of major cities, he said.

By allowing the trade or rural residential land, the government has made a bold decision, said Song Ding, head of the Tourism and Real Estate Research Center under the China Development Institute. The government needs to refine the policy, he continued, noting that it remains unclear how effectively it will be implemented.

All major Chinese cities have brought in pilot schemes to build rental apartments on rural land in recent years. Beijing issued a document in November in which it promised to provide 1,000 hectares of rural land for rental home development over five years beginning 2017.