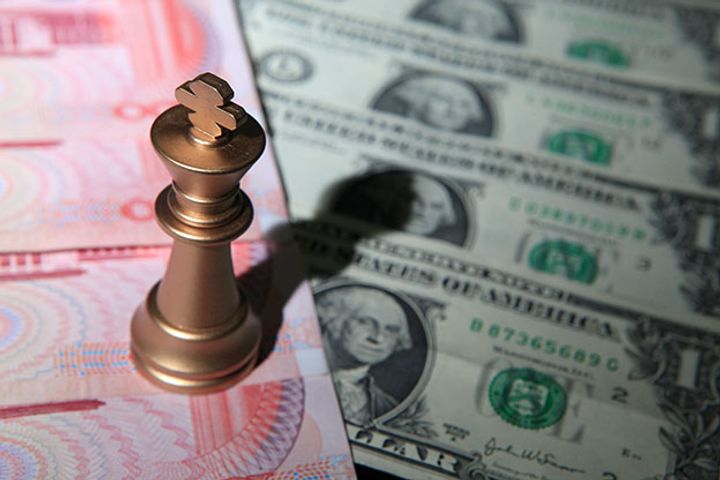 (Yicai Global) Sept. 7 -- Institutions have called on China's central bank to lower the required reserve ratio (RRR) amid the yuan's rally against the US dollar.

On the onshore market, the yuan-dollar exchange rate has rebounded from 6.72 to 6.52 in the last month.

Downside pressure on the yuan has declined, and the window for an RRR cut has opened, JZ Securities Co.'s Deng Haiqing said. With the yuan's rally, the central bank now has plenty of room to lower the RRR, and expectations of such an adjustment are building up, so the bank's decision to reduce the minimum reserve will likely have a mild impact on the market, Deng said.

An RRR reduction is still unlikely for now, Sheng Songcheng, a People's Bank of China counselor, said at a forum in Shanghai on Sept. 1.

A cut in the RRR sends out a strong signal of monetary easing, which is not part of China's plan for maintaining a prudent and neutral monetary policy and financial deleveraging. The central bank will choose a monetary market tool that does not carry this strong of a message such as a standing lending facility (SLF) or a medium-term lending facility (MLF), Sheng said, indicating that 'point-to-point' increases in basic money supply are preferable to an RRR reduction.

The yuan's strong rally since the end of last month was driven by a reverse pull toward parity resulting from unsettled positions and short-yuan positions accumulated over the past couple of years, said Chen Jianheng, an analyst at China International Capital Corp. The dollar-yuan exchange rate may drop below 6.50, Chen said.

The yuan may pass the 6.50 mark in the short term, a trader said. Given the demand for foreign exchange settlement in the corporate sector and the weakening dollar, the yuan may break through the 6.40 level by the year's end.

If the dollar index can stabilize at around 92, it will put an end to the yuan's rally, forex analyst Han Huishi said. If the dollar takes another dive, the Chinese currency could easily pass the 6.50 mark.