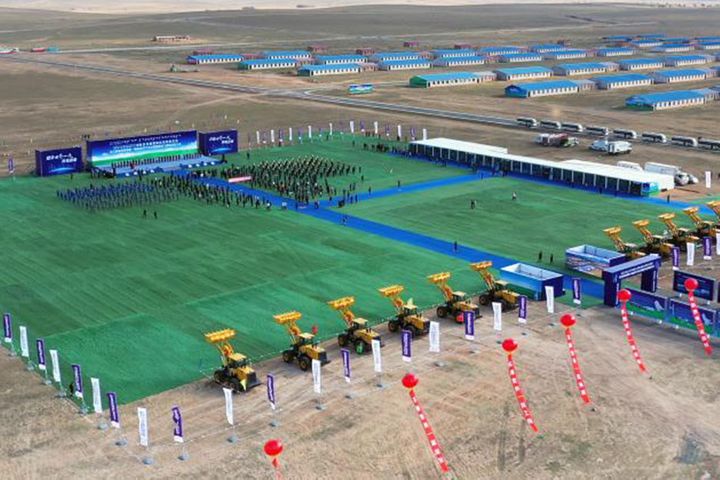 When up and running, the project will transmit 20 billion kilowatts of green energy to the Beijing-Tianjin-Hebei region some 200 kilometers to its southeast. This will replace 16 million tons of coal and so reduce carbon emissions by about 16 million tons.

"Though we are electricity generators, we do not need green subsidies from the state, the wind power transmitted to the Beijing-Tianjin-Hebei region is on the grid at the same price as thermal power and we will not drive local prices up," said Liu Mingsheng, chairman of SPIC Nei Mongol Energy. "We can thus reduce state and local subsidies by CNY2.4 billion per year," he added.

After construction concludes on this base, the power it generates will be transmitted to the Beijing-Tianjin-Hebei grid through the 500-kilovolt AC channel for total investment of about CNY40 billion (USD5.6 billion), Liu noted.

The project will adopt such advanced technologies as a high-resolution climate model, fifth-generation wireless network communications and smart robot inspectors to combine different terrain forms to optimize the layout of wind turbines. This will lower the number of operations and maintenance staff by more than one-half compared with conventional wind farms.