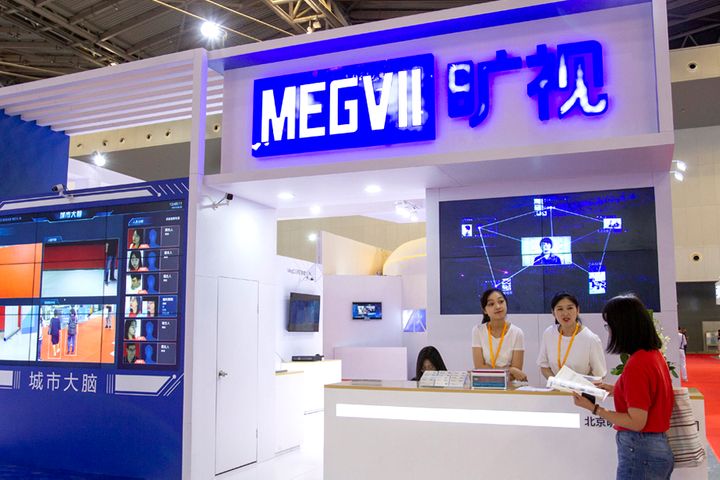 (Yicai Global) Aug. 26 -- Megvii Technology has filed for an initial public offering in Hong Kong Stock. The listing by China's dominant player in facial recognition technologies is expected to raise more than USD1 billion and would be the first for a Chinese artificial intelligence company.

The Beijing-based firm would use the funds to boost research and development strength, upgrade its technology, recruit top AI talent and build a data center, according to the IPO prospectus it submitted to the Hong Kong Stock Exchange yesterday. US investment banks Goldman Sachs, JPMorgan Chase and Citigroup are the lead underwriters.

The listing will involve weighted voting rights, a common practice among tech companies where pre-IPO investors, often including the founders, have a controlling stake not based on a majority of shares. Megvii would be the third Chinese firm with WVVs to list in Hong Kong after electronics maker Xiaomi and lifestyle platform Meituan-Dianping.

Founded in 2011, Megvii's three founders are all students of Yao Qizhi, a winner of the Turing Award and an academician at Chinese Academy of Sciences.

The firm has a 60 percent share of China's market for cloud computing facial recognition and ID verification services in the country based on annual income, a report from China Insights Consultancy shows. Its facial recognition technology is used in over 70 percent of Android smartphones made in China that have an ID verification function. Ant Financial uses Megvii's technology for its mobile payment services.