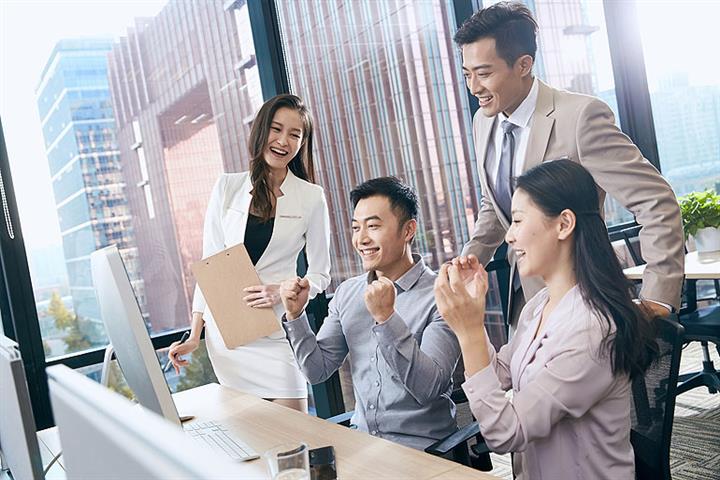 (Yicai Global) April 30 -- Almost three-quarters of Chinese workers are optimistic about their employment prospects despite the global automation drive, according to a survey done by PricewaterhouseCoopers.

In contrast, more than half of the polled employees around the world were worried that robots will take their jobs, the London-headquartered consultancy said in the report that was published yesterday.

Artificial intelligence and Big Data technologies will take care of repetitive manual tasks but cannot replace workers who are valued for their skills in tasks that require cognition and judgment, said Huxley Liang, partner of PwC China’s people and organization business.

The survey had targeted more than 32,500 employees in 19 countries early this year to gather insights about the Covid-19 pandemic and the trend of digitization.

The results were not all conclusive. Nearly 20 percent of Chinese respondents said science and technology will significantly improve their future job prospects. But another 19 percent said technological development will restrict their career tracks.

But PwC remained optimistic. "China’s economy will gain new momentum for growth in the future due to the development of Big Data and AI," said Liang.

The report offered more insights. More than half of the survey participants in China had said that their potential is not fully realized because of limited support and discrimination. Some 55 percent said that they are facing discrimination at work and for most of them, that involved their age. Discrimination got worse with higher age.

Chinese workers appreciate flexibility more than job stability, the report shows. Some 60 percent of respondents had said that they value independence in the workplace more than long-term employment prospects.