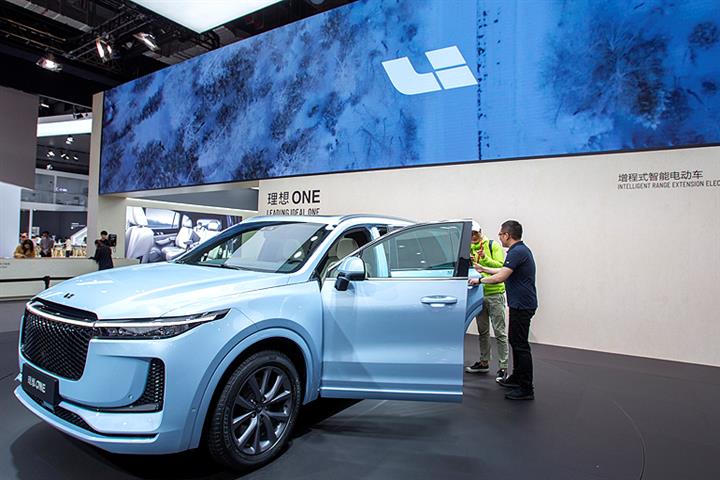 (Yicai Global) July 31 -- Li Auto, which had finished signing up share subscribers early, rose 43 percent on its first trading day on the Nasdaq yesterday, becoming the second Chinese new energy vehicle startup to list in the US after Nio.

The Beijing-based firm's stock price [NASDAQ: LI] closed at USD16.46 with a USD13.9 billion market cap. It had started trading at USD15.50 in the morning and its initial public offering price was USD11.50 apiece.

Set up in July 2015, Li Auto announced on June 24 that it had finished a USD550 million Round D financing, raising its value to USD4.1 billion.

Besides fundraising purposes, an IPO should be good for talent acquisition and branding, founder Li Xiang told Tencent Tech. He had a quarter of the company's shares before the IPO and more than 70 percent of the voting rights, based on the prospectus. Meituan Dianping and its Chief Executive Wang Xing had a combined 24 percent stake.

In the first quarter, Li Auto tripled its revenue to CNY852 million (USD121.9 million) from a quarter earlier.

The firm sold more than 2,600 Leading Ideal One vehicles in April and over 2,100 units in May. By June 16, the company had delivered a total of 10,000 vehicles, according to its own figures.