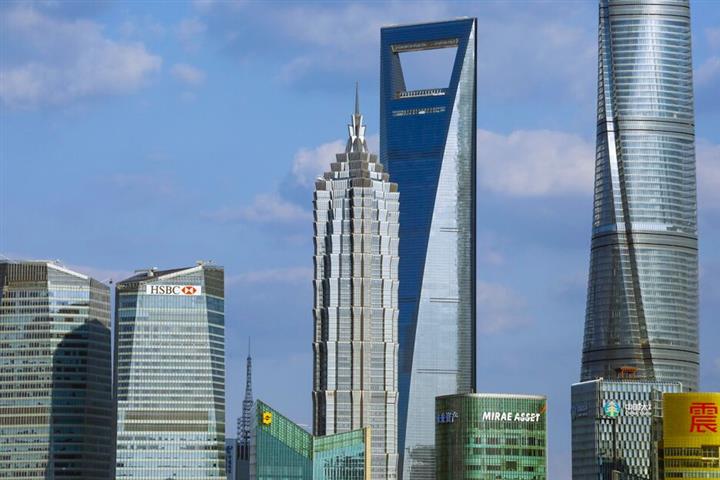 (Yicai Global) March 3 -- The office occupancy rate in Shanghai’s Lujiazui Financial District, known as the ‘Wall Street of China,’ is back to where it was before the Covid-19 pandemic started, according to a municipal department.

Some 86.7 percent of office space in the district’s 110 towers was leased at the start of the year, the same as the same time last year before the pandemic hit, the public relations department of the Communist Party of China’s Pudong New Area Committee said on its WeChat account.

Lujiazui did not experience a large exodus of companies during the pandemic, indicating the resilience of the economy, the Lujiazui Administration Bureau’s Deputy Director General Liang Qing said. In mid-2020 the occupancy rate slid to a low of 84.6 percent but quickly recovered.

Last year, the 110 core buildings in the financial hub, which each pay more than CNY100 million (USD15.5 million) in taxes a year, still achieved economic benefits of an average of CNY125 million (USD19.3 million) per 10,000 square meters, up substantially from CNY10 million at the start of the year.

By 2022, the occupancy rate should climb to over 90 percent, Texas-based CBRE said.