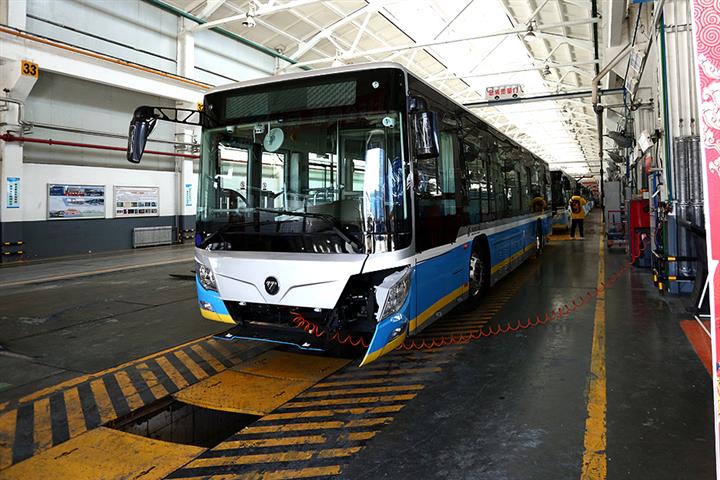 (Yicai Global) April 21-- China's largest oil and gas producer PetroChina, which is the listed arm of state-owned China National Petroleum, will join with two other Beijing-based firms to build hydrogen refueling stations in the Chinese capital and boost the construction and operation of such stations there together.

Foton has rolled out vehicle models driven by the flammable gas that are applicable in many scenarios and which run the gamut of passenger vehicles, buses, logistics vehicles and many other market segments.

Both the demand for mass production and commercialization of hydrogen fuel cell vehicles and the number of these that are actually running have ballooned in Beijing, but construction of supporting fuel stops still lags. The dearth of daily replenishment sources has thus formed a major bottleneck to bringing local hydrogen fuel cell cars to market. These stations will break up this logjam, SinoHytec told The Paper.

Beijing is now promoting a scheme to guarantee a hydrogen energy supply for the Winter Olympic Games to be held in 2022 in Beijing and surrounding areas, particularly Zhangjiakou. PetroChina, Sinopec and other energy sector giants will put up hydrogen stations in multiple locations, including Beijing Capital International Airport and the city’s new Daxing International Airport and further improve the hydrogen power supply and support systems in town as well as those exclusively for the Olympics to offer space for the growth of large-scale commercialized operation of hydrogen fuel cell vehicles in Beijing, Tianjin and Hebei, the report continued.