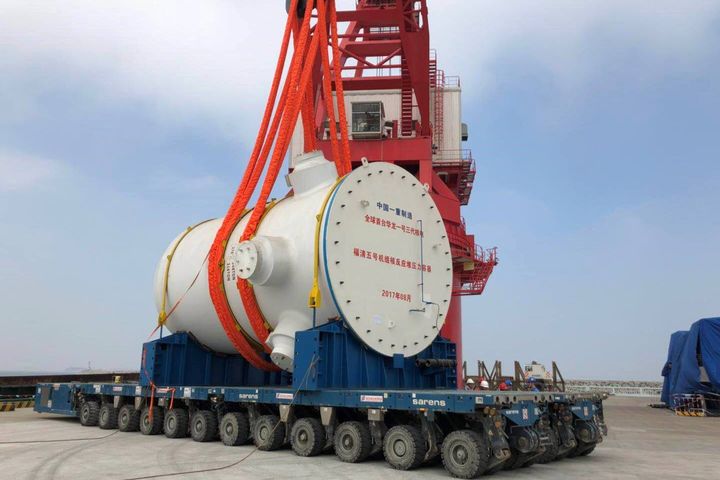 Reactor Pressure Vessel Is Installed in Hualong One

The reactor pressure vessel was independently designed by Nuclear Power Institute of China and made by China First Heavy Industries Co., which completed its manufacture within four years.

The reactor pressure vessel is core equipment in the nuclear reaction process. The equipment arrived in Fuqing, in China's southeastern Fujian province in mid-January from Dalian, in northeastern Liaoning province. Now it is in place, the engineering team will soon weld its main pipes to the reactor.

Staff from CNNC Fujian Fuqing Nuclear Power Co. said the reactor pressure vessel has adopted a new core design that extends its design life to 60 years from the 40 years of its second-generation predecessor and improves safety.

The No. 5 unit of Fuqing nuclear power plant is the world's first third-generation nuclear power unit hydraulic pressure reactor and it is expected to finish and go into production in 2020.