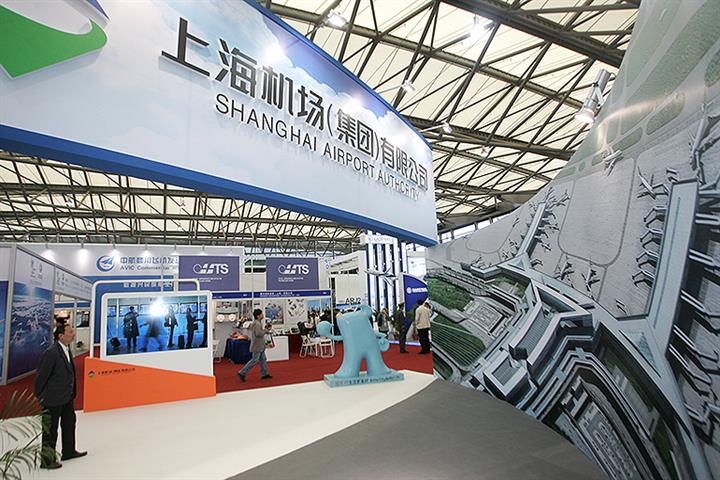 (Yicai Global) June 10 -- Shanghai Airport, the operator of Pudong International Airport, is getting ready to acquire the city’s other international airport in Hongqiao from the parent group to consolidate assets as the country’s aviation industry struggles to recover from the huge downturn in passenger traffic due to Covid-19 travel restrictions.

The move will help resolve competition between the two airports, located on opposite ends of Shanghai, as they compete to get a certain route to use one or the other. Shanghai Airport Group, which is the operator of Hongqiao airport and the owner of Shanghai Airport, has repeatedly said it will do more to address these issues by integrating assets through the listed unit, but there has been little progress over the past decade.

China’s airports are experiencing plunging revenue from airlines and duty-free sales. Shanghai Airport lost CNY436 million (USD68.28 million) in the first quarter. This is on top of the CNY4.3 billion (USD673.8 million) that it lost in 2020 as revenue crashed 60 percent from the year before.

Hongqiao and Pudong are two of the busiest airports in China. Before the Covid-19 pandemic hit in 2019, Pudong ranked second in terms of passenger throughput in China and Hongqiao came eighth. Pudong has been the country’s biggest handlers of cargo for many years.

The development of Shanghai into one of the country’s main aviation hubs is an important goal included in the 14th Five-Year Plan (2021-2025) set by the Shanghai municipal government.

Shanghai Airport’s share price [SHA:600009] has fallen 35 percent so far this year. It closed at CNY48.85 (USD7.65) yesterday, giving it a market valuation of CNY94.13 billion (USD14.74 billion). Trading has now been suspended for 10 working days as the reorganization takes place.