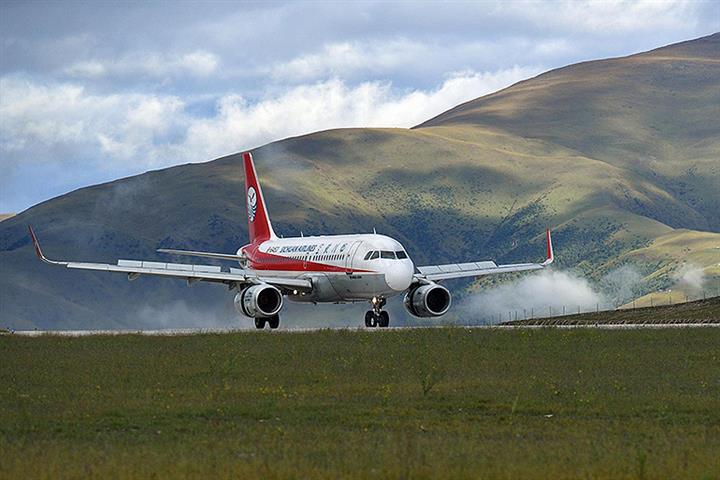 (Yicai Global) Sept. 5 -- Some 90 percent of flights in southwestern China's Sichuan province have been grounded after a 6.8-magnitude earthquake hit the Ganzi Tibetan Autonomous Prefecture.

Nine out of 10 flights of Sichuan’s airports were called off as of 2.30 p.m., according to data provided by Flight Master. The suspension affects Ganzi's two airports, including Kangding Airport and Ganzi Gesar Airport, as well as others in the province.

The strong earthquake hit the area at 12.52 p.m. and the epicenter was 226 kilometers away from Chengdu. Several residents of the provincial capital said the quake was felt in the city’s urban area.

After the quake, China’s Civil Aviation Administration quickly activated its emergency response mechanism. It set up a command center for emergency operations and required civil aviation carriers to immediately check the conditions of their facilities and equipment.

As of 1.15 p.m., more than 10 airports in Sichuan province responded to say that their employees are safe and their facilities are intact, adding that they can guarantee transportation for disaster relief.