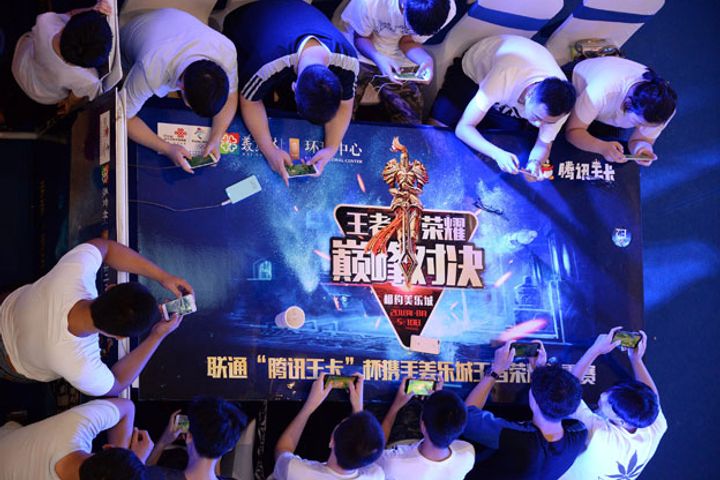 Tencent to Hook Up Its Hit Game King of Glory to ID Checks, Anti-Addiction Timers

(Yicai Global) Sept. 6 -- China's internet behemoth Tencent Holdings is upgrading its advisory system that is supposed to pull the plug when facing addictive gaming, just in time before rolling out its mega-popular mobile release King of Glory next week. All other games will later be connected to the system, too.

With the King of Glory launch, Tencent will use the country's first system that will verify players' identities by matching those with data from the Bureau of Public Security, the Shenzhen-based firm said in a statement today. Once learning that the user is a minor, the system will link up the account to its "anti-addiction" program which essentially is a timer that shuts down the platform in certain intervals, at maximum after two hours of constant playing.

The latest iOS version will be ready around Sep. 15 and the verification process for all new users of King of Glory will be finished within this month. Tencent will gradually apply the control system to all other games.

With a revenue of over CNY10 billion (USD1.5 billion), King of Glory was the most popular and the most profitable mobile game for smartphones in China last year, according to Tencent's annual report.

On Aug. 30, the Ministry of Education and seven other regulators launched a concerted attack against the adverse effects of excessive gaming, such as myopia. The General Administration of Press and Publication promised to limit the increase in new releases and set a time limit for juveniles' gaming. This year, thousands of titles have been shelved to wait for the official approval to be released in the world's largest gaming market by revenue.

The price of individual game-related stocks fell on the morning of Aug. 31 after the regulators' announcement. Tencent's [HKG:0700] share price has slid 12 percent from Aug. 30 to USD314.60 at the close today.