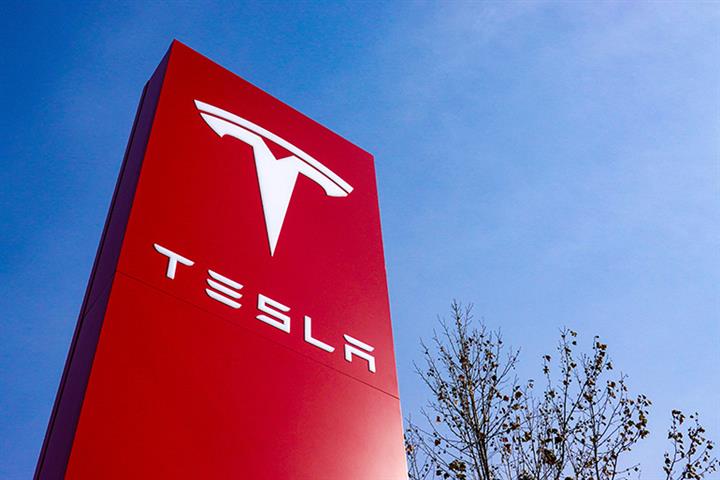 (Yicai Global) April 23 -- Husband of the detained woman who made regulators require Tesla to hand in pre-accident driving data after causing a scene at a major auto expo in Shanghai has condemned the way the US electric carmaker revealed the data.

Tesla has violated clients' personal privacy rights, the husband of the car owner, surnamed Zhang, said to Chinese media outlets yesterday. Tesla had never contacted the family before releasing the log to the public, he said.

The California-headquartered company's data showed that the driver, who was Zhang's father, had slightly touched the brake pedal 2.7 seconds before a collision warning, China Market Regulation News reported yesterday. At that point, the car was traveling at 118.5 kilometers per hour. The anti-lock braking system had started to slow the vehicle down to 48.5 km per hour 1.8 seconds before the collision.

Prior to this, the driver had used the brake pedal more than 40 times while his speed had exceeded 100 km per hour multiple times during the last 30 minutes before the accident, the report added. He also stopped the car several times.

On April 20, Tesla apologized for its failure to resolve problems raised by owners in a timely manner after media criticism surfaced quickly regarding the firm's initially combative response to Zhang's protest at Auto Shanghai on April 19.

Zhang climbed atop a Tesla Model 3 at the auto show, yelling “the brakes are broken!” after her vehicle got damaged in the accident. On Weibo the same day, Tesla’s Beijing unit said the firm would “not give in to consumers’ unreasonable demands.” Tesla Global Vice President Tao Lin added “there is no way we can compromise.”

Since the car show incident, Zhang is being detained for five days for disturbing public order, the Qingpu district branch of the Shanghai police said on April 20.

On April 21, Tesla said it will ask third-party agencies chosen by the market regulator’s branch in the city of Zhengzhou, where Zhang hails from, to test and authenticate the safety and driving data of vehicles. Initially, it had refused to hand in the data.

Zhengzhou’s State Administration for Market Regulation has tried to find a solution between the two parties three times, a person at the watchdog said on April 20. The driver had refused to let a third party examine the vehicle.