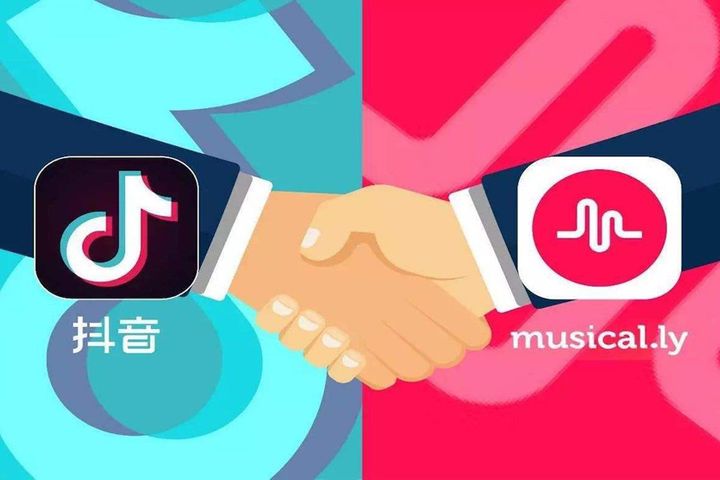 After the takeover, Douyin, Toutiao's short video platform, will merge with Musical.ly, and the pair will start in-depth cooperation in technology and product development while retaining their own brands. The video app was valued at USD500 million after its last funding round in March 2016. For the Chinese news feed company, however, it is much easier to acquire a competitor than to compete with local players in a foreign market.

Musical.ly was developed by Shanghai Wenxue Network Technology Co. It allows users to upload music related videos that are up to 15 seconds long. The app was an overnight success in the US, and acquired 240 million registered users across the world, producing more than 15 million pieces of user generated content (UGC) every day.

Toutiao bought Musical.ly's rival Flipagram earlier this year, and announced a plan to globalize its own video app Douyin with a total investment of over USD100 million. As competition between the three video platforms intensified, Musical.ly went toe-to-toe with Toutiao in the latter's two main markets, India and Indonesia. Douyin, on the other hand, also expanded from Southeast Asia to Japan and South Korea. In the face of fierce competition, the two sides finally decided to make peace and merge.

Musical.ly lacks the ability to monetize its products and services. Its pays very expensive advertising bills, but with little success in the ads sales business. By contrast, Toutiao is one of the forefront players in monetizing websites. The merger will help Musical.ly increase revenue, benefitting from Toutiao's strong monetization capability.

The deal has even greater strategic implications for Toutiao. It is a sign that the news aggregator may have succeeded in laying the groundwork for its globalization strategy.

With the rollout of Topbuzz and a number of other overseas versions, Toutiao invested and took over a series of foreign news and short video platforms, including the USD25 million investments in India's largest news aggregator Dailyhunt, a buy-in of Indonesian mobile internet news recommendation app Babe and acquisition of popular North American video community FLipagram. More recently, it bought News Republic, the news feed arm of Cheetah Mobile Inc.  [NYSE:CMCM] on Nov. 8, followed by an investment in live-streaming site Live.me.