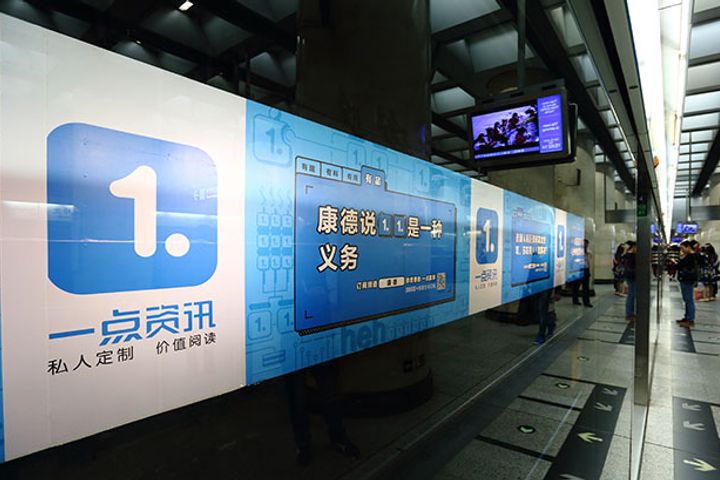 (Yicai Global) Feb. 26 -- Unicorn news aggregator Yidian Zixun, a competitor of Bytedance Technology's sector-leading Jinri Toutiao, has closed a USD500 million round of financing and reportedly aims to go public on China's stock markets, including the new sci-tech board slated for Shanghai.

Shenzhen-based affiliate Phoenix New Media will sell most of its stake in Yidian Zixun's parent Particle as part of the groundwork for an initial public offering, Chinese tech news outlet 36Kr reported, citing an internal email from the platform's Chief Executive Ren Xuyang.

The move will help Particle in optimizing its shareholding structure and create opportunities for its listing, Ren said without identifying a buyer.

Phoenix has a 37.6 percent stake in Particle that will fall to 5.6 percent after the transfer. The company will continue to support the development of Yidian Zixun as an important shareholder, the firm said in a statement the same day.

Ren is a former vice president of internet giant Baidu. He founded Yidian Zixun in 2011 and his platform had accrued 70 million active users as of the end of 2018.