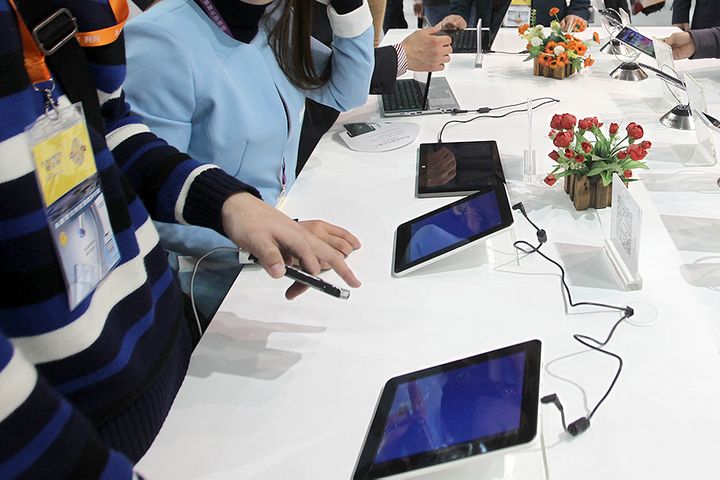 (Yicai Global) Feb. 25 -- China's tablet personal computer shipments are expected to fall by more than 9 percent this year amid the lingering effect of the new coronavirus epidemic, according to a US consultancy.

Shipments already decreased by 30 percent in the first quarter from a year ago, IDC said in a report published today.

Some of the reasons for the decline are based on the Covid-19 outbreak that has delayed production and kept offline sales channels, which used to make up more than half of vendors, temporarily closed, according to the report. Moreover, consumer confidence is expected to stay low and management pressures high for longer, it added.

However, the Covid-19 epidemic can bring forth new opportunities, according to the Framingham-headquartered firm. The Ministry of Education has called for more online classes amid the prolonged school holidays and this should boost demand not only in the short-term as new teaching methods gain a foothold, it added.

Apple retained its position as China's top tablet firm last year with 8.6 million shipments, an increase of 2.3 percent from 2018. But Huawei Technologies was playing catch-up as its tally rose by almost 18 percent to 7.4 million. Xiaomi was third, followed by Lenovo Group and Microsoft.