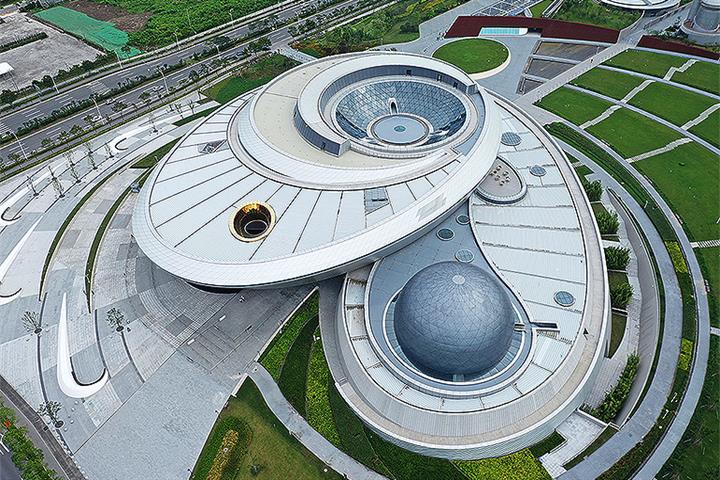 The more than 38,100-square meter Shanghai Astronomy Museum started welcoming visitors in the easternmost part of the city yesterday, the Paper reported.

The four-story venue has lunar samples and professional-level equipment for astronomical observation. Full-price tickets sell for CNY30 (USD4.60) and those for kids cost CNY15.

A 9-milligram lunar soil sample, provided by the China National Space Administration, was unveiled at the opening ceremony of the venue on July 17. The rock was collected last December and brought back to Earth by China's Chang’e 5 mission.

The new museum will be considered a branch of the Shanghai Science and Technology Museum. Construction of the project, invested by the municipal government, started in November 2016. The total investment sum has not been disclosed.

Besides these two museums, the eastern city has built the Shanghai Natural History Museum to make scientific discovery more popular among residents and tourists.