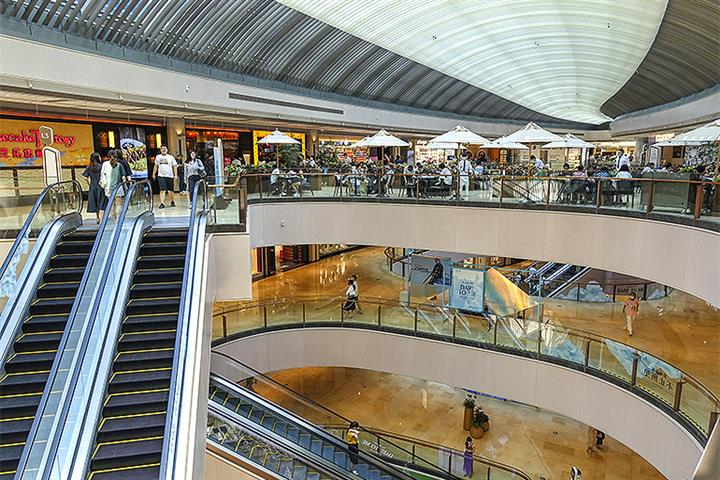 Sales climbed 2.5 percent last month from a year ago, which is less than the expected 7 percent increase, according to official data. The slowdown is likely to weigh on the country's gross domestic product growth this year.
The reasons are diverse. Residents' disposable incomes are rising more moderately, China's real estate regulation is becoming more strict, and the Covid-19 pandemic has made people more risk-averse, according to Yicai Global's analysis.

Some economic theories can further explain the findings. More specifically, the hypotheses of John Keynes’s absolute income, Milton Friedman’s permanent income, James Duesenberry’s relative income, and Franco Modigliani’s life-cycle theory could shed a light on the new trend of belt-tightening in the only major economy that grew during the Covid-19 epidemic in 2020.

As incomes rise, consumption doesn't always follow suit. At least not at the same clip. This is one of the famous realizations of British economist John Keynes.

After years of fast growth, China's slowing GDP expansion may have prompted workers to rationalize their spending habits. Moreover, the Covid-19 pandemic has limited salary hikes.

The growth rate of Chinese residents' per capita disposable income dropped from 8.5 percent before the pandemic to 6.5 percent, according to official data. That of per capita wage income declined to a 7 percent increase from the earlier 8.7 percent jump. Smaller pay rises may have also driven people to spend less while that has controlled inflation by enabling the core consumer price index to stay at a low level this year.

China's tightening real estate regulation has had its toll on property sales.

Banks have been ordered to pay more attention to controlling new loan applications in the second half of this year so new household loans began to decline.

That doesn't mean that people wouldn't want to buy housing. In the first half, China's real estate market rebounded with increasing sales areas while consumers became increasingly willing to spend their money on essentials such as housing amid the Covid-19 pandemic.

The trend of risk aversion amid times of uncertainty could be explained by American economist Milton Friedman's theory of permanent income. People tend to regulate their spending based on their expected future income instead of their current earnings, the hypothesis suggests.

China's population is aging quickly and the unbalanced demographics have far-reaching effects.

One of the implications highlights the responsibility of millennials. Born in the 1980s and 1990s, these people are not likely to have siblings due to China's earlier one-child policy and even though their incomes are likely to be higher than those of their parents, millennials will need to take on a larger financial burden involving their parents' pensions and healthcare costs.

The cloud of future expenses could already affect consumer spending. Based on the life-cycle hypothesis of Franco Modigliani, the recipient of the 1985 Nobel Memorial Prize in Economics, individuals strive to balance their consumption throughout their lifetime. Thus, Chinese young adults may already be prepared for days of bigger bills.

Consumer habits are changing along with the Covid-19 pandemic and a new generation of shoppers.

Browser data show that people in China were less interested in shopping malls naturally during the epidemic and lockdowns. Meanwhile, the number of people looking for online information about live-streaming e-commerce more than doubled while that of searches about wealth management products jumped by 46 percent.

Economical decisions don't take place in a vacuum but are influenced by the environment. According to James Duesenberry, each individual regulates their spending by comparing their income to others around them, also known as the relative income hypothesis.

The Covid-19 pandemic could change the way consumers look at their bank accounts for good. Meanwhile, young people in China may be becoming more rational in their consumption patterns to avoid taking on debts amid the economically uncertain times.