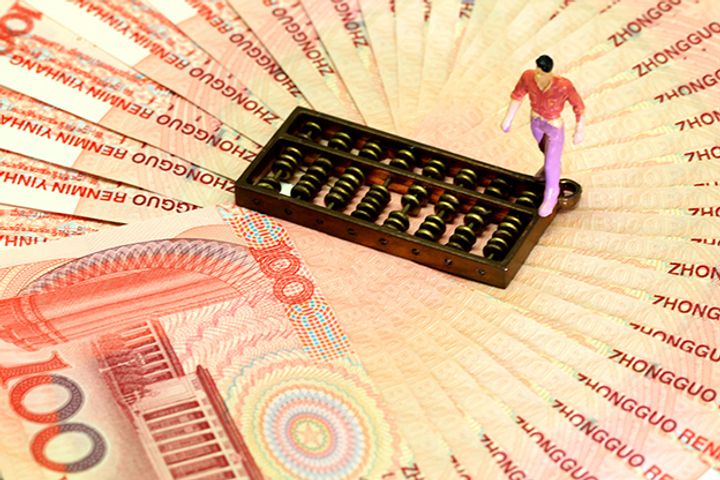 (Yicai Global) Aug. 10 -- The Chinese government should adopt a floating exchange rate for the yuan as quickly as possible, as there is no reason for the yuan to decline sharply based on market demand, according to a former member of the People's Bank of China's monetary policy committee.

Without fundamental support, neither expectations of the yuan weakening nor appreciating can be sustained, Yu Yongding told Yicai Global in an exclusive interview. The current exchange rate level should reflect the true state of supply and demand, and if the fundamentals deteriorate as expected then the yuan will depreciate further, he added, saying there was little chance of a rapid softening.

China has seen internal and external changes in its economic environment since the second quarter of this year, Yu said, indicating the trade tiff with the United States and a slowdown in expansion, which both have the potential to impact yuan forecasts. The current account deficit and capital outflow could also lead to depreciation, he added, but saying the country is in a better position than when the yuan slid in 2015.

The redback has fallen faster this year but there is less panic, he continued, suggesting the market is more mature and better capital management is playing an important role in stabilizing the market.

A floating exchange rate is indispensable for the yuan to finally emerge as an international currency, and it is now more imperative than ever to accelerate a reform for that, Yu said.

A floating rate is critical to the yuan's internationalization, Yu continued. If the system is not reformed, it will be difficult for macroeconomic policies to be truly independent and it will hinder the liberalization of capital projects, he added, saying this will make it harder for the redback to become more international.

Monetary authorities should send a signal to the market that they will not intervene with the rate, so the market can prepare for future exchange rate changes and central bank policies rather than overreact, he said. The People's Bank of China should also improve management of cross-border capital flow and alleviate the pressure that capital outflow exerts on the yuan, he added.

Using forex reserves to stabilize the exchange rate is not worth it, Yu continued. Between 2015 and 2016, some USD1 trillion of foreign reserves were used to do that, at a cost to the Chinese economy, he added, saying he believes the yuan will return to the same levels as seen last year without intervention.

"The central bank shouldn't intervene unless there's an emergency," Yu said. "Even if the exchange rate [against the dollar] breaks 7, I don't think PBOC needs to mediate the forex market."

By not intervening, Yu means the bank should not try to turn the yuan's course in a particular direction. If the redback is fluctuating violently, then it is okay to step in and smooth volatility, but even then changes should be kept as small as possible, he added.

The long-term appreciation of the yuan has come to a halt, and the currency is now likely to bob up and down as it depreciates, he continued. The yuan is at around 6.9 [against the dollar] now, which is not that different from 7 -- it's just a psychological barrier, Yu said.

Substantial depreciation of the yuan over a short period, say more than 25 percent, could pose four issues, Yu added: a banking crisis due to mismatched assets and liabilities, a corporate debt crisis, a sovereign debt crisis and/or inflation.

Given the relatively low level of foreign debt held by China's banks and companies, corporate or banking crises are unlikely to happy as a result of currency depreciation, he continued, saying a sovereign debt crisis was also improbable but that China must be cautious about inflation.

As well as capital management, currency weakening is a crucial tool to curb capital outflow and balance international payments, he said. "As it is widely leveraged by other countries, there is no reason for us to abandon this tool."