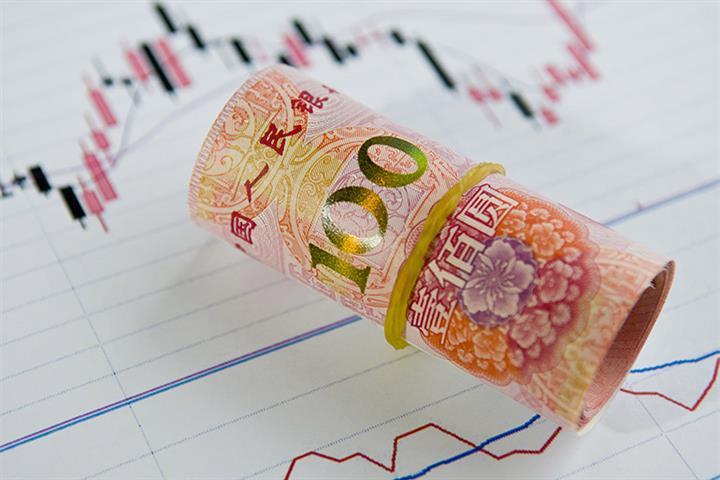 (Yicai Global) Nov. 30 -- The Chinese yuan will maintain a two-way fluctuation next year because of a combination of favorable and adverse factors, according to the global chief economist at BOC International China, a financial services arm of Bank of China.

Economic fundamentals and market sentiment will decide whether the yuan exchange rate will appreciate amid volatility or depreciate, Guan Tao said in an interview with Yicai Global.

A trade surplus and weakened US Dollar Index would boost the redback, he said, whereas a quicker economic decline, falling foreign trade, narrowing spread between Chinese and US interest rates, a rising US Dollar Index, and the release of financial risks would be negative for the Chinese currency.

Looking back on the yuan’s performance over the past two years, Guan said the currency fell last year and then rose more than 6 percent against the US dollar.

This year’s domestic economic slowdown, a rebound in the US Dollar Index, the smaller interest rate gap between China and the US, and financial market turmoil have been a drag on a stronger yuan. But strong export growth and an expanding trade surplus continue to drive its appreciation, Guan said.

In the first 10 months of 2021, the yuan was up only about 2 percent against the US dollar, but multilateral exchange rates such as the China Foreign Exchange Trade System index were up nearly 6 percent.

As in 2017, next year the US’s lead in economic recovery and monetary tightening among the main developed economies will converge, which would be bad for the dollar, Guan said.

But risk aversion could push the greenback higher if global pandemic containment efforts, economic recovery or monetary easing fall short, resulting in turmoil in the financial markets, he said.

The US Dollar Index on the Intercontinental Exchange rose and then fell 7 percent last year as risk aversion surrounding the pandemic waned. This year, the global economic recovery is fragmented among different regions and countries, with the United States recovering faster than other developed economies.

The US Dollar Index rebounded almost 5 percent in the first 10 months despite rising domestic inflation pressures and an expectation of tapering.