Can China and the US Cooperate and Reform the WTO? 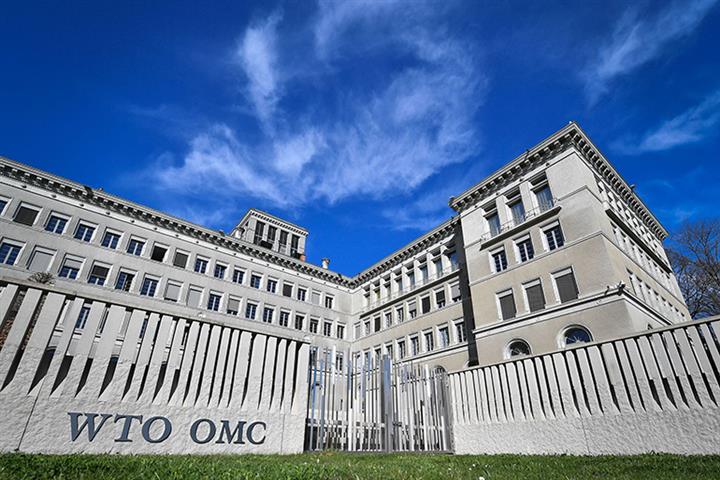 Can China and the US Cooperate and Reform the WTO?

(Yicai Global) May 19 -- The World Trade Organization (WTO) is in crisis.

The WTO was designed to be the forum in which the rules for international trade are negotiated, administered and reviewed. Moreover, its dispute settlement mechanism had come to be seen as the “crown jewel” of the international system.

The WTO’s 164 country-members are treated equally, regardless of their economic size. Decisions are made by consensus. While this governance structure is equitable, it tends to sap the WTO’s dynamism and leave it out of step with changing times.

There is widespread agreement that industrial subsidies are the most contentious set of issues. But there is no consensus on how reform should proceed.

Members disagree on the scope of the subsidies that should be prohibited. The WTO forbids subsidizing exports. It also bans subsidies that favour the use of domestic goods instead of imports. The US, the EU and Japan find this definition too narrow. They want to broaden the definition of subsidy to include other “market-distorting” behaviour, such as keeping insolvent firms afloat (in the absence of a restructuring plan).

Subsidies are provided by the government and members disagree about the extent to which state-owned enterprises act as agents of the government. In particular, China does not want WTO reform to be used as a vehicle for special and discriminatory disciplines against its state-owned firms.

Members disagree on how the amount of a subsidy should be calculated. The US, the EU and Japan argue that if the subsidizing member’s domestic market is “distorted”, then prices from third countries ought to be used to establish the benchmark for the unsubsidized price. However, China rejects the use of this "surrogate country" methodology in anti-dumping investigations.

In its report on foreign trade barriers, the US Trade Representative enumerates a long list of China’s trade-distorting non-tariff measures. At the top of the list are China’s industrial policies. It singles out Made in China 2025, a ten-year plan that is designed to raise industrial productivity, noting that financial support could amount to $500 billion. While this only works out to 0.3 percent of GDP annually, the report warns that Made in China 2025 is likely to “create or exacerbate market distortions and create severe excess capacity in many of the targeted sectors.”

The US has clearly lost patience with the WTO and it has acted unilaterally. In its 2020 Report to Congress on China’s WTO compliance, the US Trade Representative argued that it “identified the critical need for new and more effective strategies – including taking actions outside the WTO where necessary – to address the challenges presented by China’s state-led, mercantilist approach to the economy and trade.”

Thus, the US circumvented international rules by levying tariffs on China – an action which a WTO panel determined was inconsistent with the US’s obligations.

The US’s frustration with the WTO is not limited to its perception that the multilateral system is unable to constrain China’s behaviour. It has long felt that its Appellate Body – the WTO’s appeal court – oversteps its mandate. Here too, it has taken matters into its own hands and blocked the appointment of members to the WTO’s Appellate Body, effectively undermining the dispute settlement mechanism.

The WTO’s dispute settlement mechanism does not appear to have treated the US unfairly. Indeed, no country used it more often than the US. It was the “complainant” in 114 of 522 cases, more than any other WTO member. Moreover, it prevailed on 91 percent of adjudicated issues. On the flip side, it lost 89 percent of adjudicated issues when it was the “respondent” (129 cases).

Countries generally believe that a functioning dispute settlement mechanism is an indispensable public good. Thus, China and the Ottawa Group of 13 like-minded WTO members have stressed the urgent need to unblock the Appellate Body appointments. Moreover, the EU, China and 15 other countries have pursued a workaround. They agreed to develop a multi-party interim appeal arrangement that will allow participating WTO members to settle disputes.

It is clear that to resolve the WTO crisis, some compromise needs to be found on industrial subsidies. Chad Brown and Jennifer Hillman have an interesting proposal, which could offer a way forward.

They recall that agriculture was a highly protected sector that, until the mid-1990s, was poorly covered by the global trading rules. However, methods were developed to assess the scale of agricultural support and the extent to which it distorted global markets. Brown and Hillman suggest a similar approach could be used in the case of industrial subsidies, not just for China but for all countries.

Clearly, the project that Brown and Hillman propose cannot be accomplished overnight. It will take considerable time and resources to examine country policies and will require extensive negotiations to iron out differences. Should their solution test the US’s patience, the eminent Canadian trade economist Dan Ciuriak offers a quick-fix alternative.

In a recent paper, Ciuriak argues that whatever export subsidies China may have “work as much to the advantage of third country exporters to China as they help China’s own exporters.” The counter-intuitive implication is that the US should embrace rather than worry about China’s subsidies!

In making his argument, Ciuriak draws on the work of the great economist Abba Lerner, in particular the “Lerner Symmetry”, originally articulated in a 1936 paper.  Lerner explained that a tariff on one’s trading partner’s imports is equivalent to a tax on one’s own exports. The logic is as follows. An import tax reduces imports. This causes a real appreciation of the exchange rate, as demand for domestic substitutes increases and wages rise. This appreciation ultimately reduces exports.

Ciuriak says that if China subsidizes its exports, it is simply imposing a negative tax. By the logic of the Lerner Symmetry, it is simultaneously providing a subsidy on imports from the rest of the world.

To support Lerner’s theory, Ciuriak presents the results of two modelling exercises, one for Canada and one for the UK. These exercises show that unilateral trade liberalization – dropping one’s own import barriers – leads to a fairly symmetric increase in both imports and exports.

Despite the elegance of Ciuriak’s reasoning, I fear that the likelihood of the Lerner Symmetry informing US trade policy is small.

Since decisions at the WTO are made by consensus, progress can be glacial. A China-US compromise on subsidies would be a good way to bring the membership together to resolve this difficult issue.

The US could begin by unblocking the appointment of Appellate Body members and restoring this important public good. It could also recognize that China’s domestic prices are not particularly distorted and can be used as benchmarks for subsidy investigations.

In his 2019 Report on the Work of the Government, Premier Li Keqiang committed to following the principle of “competitive neutrality”. This means that private and state-owned enterprises will be treated equally when it comes to accessing factors of production, markets, licenses, government procurement contracts and so on.

If Chinese state-owned companies’ do not have favourable access to resources, then the same principle of competitive neutrality should ensure that they do not provide resources at a subsidized rate.

China has every incentive to keep state-owned companies from providing subsidized inputs. Its development model has evolved and now emphasizes the quality rather than the quantity of growth. It wants to improve the management of state-owned assets. And its carbon neutrality targets imply one more constraint that the economy needs to respect.

Where does that leave us? Brown and Hillman provide a framework for re-thinking the scope of industrial subsidies. Perhaps the time is right for China and the US to find compromises on the definition of “government” and the appropriate benchmark for the subsidies calculation. Taken together, these steps can help resolve the WTO’s crisis.