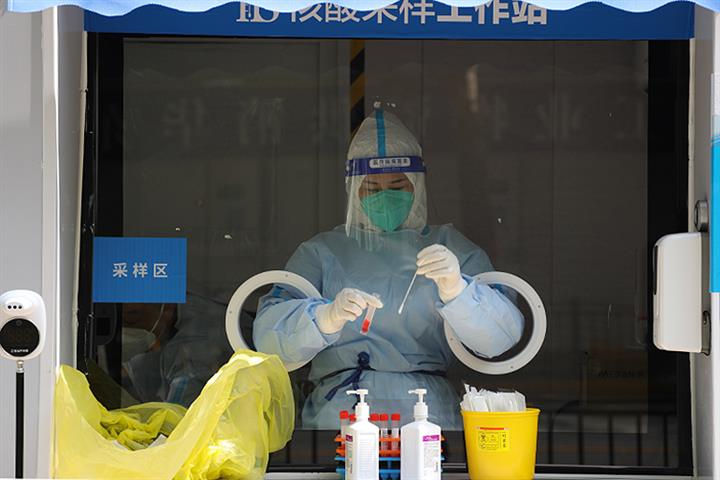 Employees, some of whom left their previous jobs to work in testing booths amid the Covid-19 pandemic, have said job opportunities are hard to come by and salaries are even 40 percent lower than expected as big Chinese cities are returning to normal after lockdowns.

Wang Ming, formerly a bookkeeper in Shanghai, decided to become a swab test worker as it was hard to find employment after quitting his previous job during the pandemic. Wang received the necessary qualifications through a half-day training course and he started working a few days ago. He hasn't yet signed a formal labor contract.

The agency initially promised a daily income of CNY400 (USD60), said Wang. But the remuneration model was changed to an hourly pay of CNY40 for eight hours per day. However, the schedule finally turned out to be six hours per day so Wang is only making CNY240 per day, or 60 percent of what he was promised.

Another job switcher has been less successful, citing an overcapacity of testing staff. "They told me several hundred people are waiting in line ahead of me," said Li Ping, who lives in the same neighborhood as Wang and used to work in a restaurant. "When to get on the job is subject to further notice." Li had paid CNY1,000 (USD149) for a training course and is now working temporarily at a package sorting station to cover her living expenses and her child's tuition.

Shanghai ended its two-month lockdown on June 1. During the lockdown, some labs paid up to CNY1,000 per day to testing staff amid labor shortages and restrictions. But salaries have declined amid increasing labor supply, Yicai Global learned. Moreover, there is a large variance among employers as hospitals, government departments and human resource agencies pay different salaries, according to online vacancies.

The situation proves a point about demand and supply. In Beijing, some of the main recruiters in the field are local hospitals and third-party testing facilities. They usually require workers to have formal nurse qualifications. They offer from CNY6,000 to CNY12,000 (from USD894 to USD1,788) in monthly pay.

In Shanghai, the requirements are looser. District governments are hiring swab test workers from the general public amid mass testing after the lockdown. The temporary workers are paid weekly and the hourly pay is about CNY50 (USD7.50). Employees who work behind the desk, registering client information, make as little as CNY25 per hour.

(In order to protect the sources' identity, the names of Wang and Li were changed for this story.)